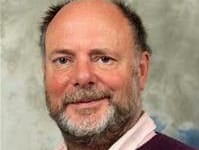 Cllr Julian Brazil, who slammed the leadership during a meeting on children’s services. (Image: DCC) (DCC )

A LACK of sufficient leadership allowed Devon’s inadequate children’s services to ‘bumble on in a rather pathetic way,’ a councillor has claimed.

The comments came at a special meeting of the county council’s children’s scrutiny committee on Wednesday to discuss a recent Ofsted monitoring visit after the service was rated inadequate in 2020.

The visit found many of Devon’s vulnerable children: ‘remain in unsafe and neglectful circumstances for too long’ but that some improvements were being made, especially within the department’s new leadership team.

During the meeting, opposition councillor Julian Brazil (Lib Dem, Kingsbridge) delivered a scathing attack on the council’s management for ‘failing’ in its children’s services for years.

‘I’ll put my head above the parapet and say I have full confidence in the leadership team within that department that we have at the moment and I’m sure we will see changes, but I think what disappoints me is I think that both corporately and politically we have allowed this situation to occur,’ he said.

It was announced at the meeting that the council’s chief executive, Dr Phil Norrey, would be chairing an ‘improvement board’ for the service.

Cllr Brazil said: ‘I find it amazing that the chief executive has at last – better later than never I suppose – decided to take a proper hands-on approach to this problem.

‘What was happening before? Did they think it was just something else?

‘It’s all very well when everything’s going well, but the reason why we have these people in senior leadership positions is that when something goes wrong, they can step in and sort it out and obviously that has not happened. And we have allowed it to bumble on in a rather pathetic way that we find ourselves in this sad position.

‘Children’s social services [is] probably the most important thing we do as a council. I accept its complicated and difficult, but how we allowed ourselves to be in a position where our social workers had worse terms and conditions than our neighbouring authorities is an absolute disgrace.

‘I don’t think we’ve ever had an apology from the senior leadership team that they’ve allowed this to happen. I don’t think there’s ever been an apology to the children of Devon, to the people of Devon.’

He continued: ‘Personally, I’m embarrassed and I’m ashamed that I’m part of an institution that has allowed this to happen for so long.’

But Cllr Brazil said the new team running the children’s department should be ‘given the opportunity to turn this around and make it better.’

Dr Norrey admitted it was ‘really disappointing’ that the Ofsted visit in January 2020 concluded that: ‘we weren’t where we thought we were.

‘I think we had a general view of our children’s services, that it was in a better place than it turned out to be. We thought we’d made improvements, we thought [the previous team] had helped move things forward.

‘Now we’ve just got to put our shoulder to the wheel and make sure that we don’t get back there.’

Dr Norrey said it ‘wasn’t normal’ for a chief executive to chair an improvement board following an inadequate Ofsted inspection, a role usually given to an ‘improvement advisor,’ appointed in conjunction with the Department for Education.

‘We’ve taken a view at this stage that actually, we would get more value out of me taking that on and directing the work of the improvement board, at least in the short term until we find a new improvement advisor.’

He said after slipping behind in terms of pay and conditions, Devon was now ‘ahead of the game’ which would lead to improvements in recruitment and retention of staff.

The councillor responsible for children’s services, Andrew Leadbetter, (Conservative, Topsham) thanked Cllr Brazil for ‘being honest’ but said: ‘I don’t think we could lay blame at [Dr Norrey’s] door.’

He added: ‘We’re now moving forward with a new team and let’s be optimistic about that.’

Cllr Leadbetter pointed to the recent Ofsted monitoring report which stated: ‘Importantly, elected members and corporate leaders are embracing the need to change after a long period of poor outcomes for families in Devon and are progressively prioritising children in the council’s plans.’

Published in February, the latest report found there was a surge in referrals during the pandemic about children who may be in need or at risk of harm, though it has now begun to ‘plateau’.

But it said the increase, combined with staff shortages and high caseloads, ‘are all contributing to many children and families not yet receiving the help they need at the time they need it most.’

The report by Ofsted inspector Steve Lowe pointed to some improvements – particularly within the leadership team and its importance at county hall. However it is clear that further work needs to be done.

‘In particular, many children for whom there are concerns of significant harm are not seen quickly enough,’ the report stated.

On the positives, it said the introduction of a new practice model: ‘has become increasingly understood by social workers and they are enthusiastic about the future.’

The visit came after the previous one in May 2021, to assess the quality of social work during the pandemic, concluded that the service was still ‘at the start of its improvement journey’ and ‘nothing is completely fixed’.

The meeting heard about a number of detailed improvements that were being carried out across the service, including a reduction in the number of days to see a child following a referral.

Across the county it has dropped to four days after being given ‘priority focus’, down from between five to 16 days in December 2021.

When asked when all the necessary improvements would be made by, Cllr Leadbetter said: ‘I don’t have a crystal ball.

‘I mean, we’re making real improvements. The rate of progress is accelerating, but I’m not prepared to put my head on a chopping block and give a definitive date; I really can’t.’

He later clarified: ‘I didn’t want to sound flippant when I said about the crystal ball, but a lot of it’s going to depend on our referral rates for example. We’re coming out of this pandemic at the moment, so that’ll make a big difference.

‘Also, it’s very dependent on our recruitment of staff. If the measures we’ve put in place to increase our staff numbers work, and obviously we hope they do, then that’ll make the improvements a lot quicker.’

An officer added the improvement plan has ‘some specific measurable time-scales’ as well as a ‘roadmap of the transformation journey’ that goes up to 2024.

Another Ofsted monitoring visit, focussing on another area of the service, is expected in June.