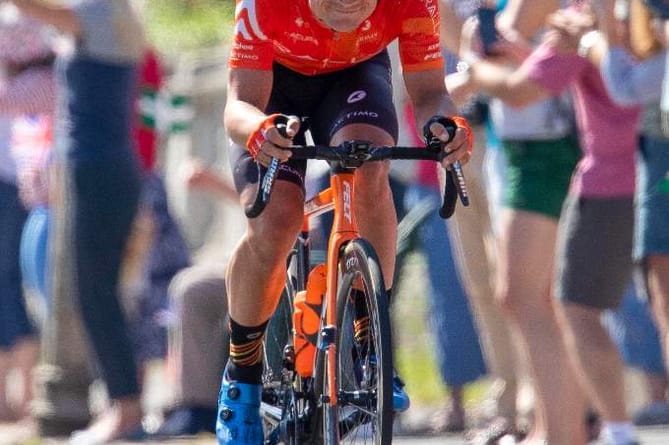 The Tour of Britain will not return to Devon this year but the county council hopes it will host stages again in the future.

Last week the locations for this year’s tour were announced, with Devon missing out on hosting in 2022, despite the success of last September’s event.

Organisers said it attracted the biggest crowd of the 2021 race and brought in an estimated £4.2 million for the local economy. More than £41 million is estimated to have been earned in Devon by the Tour of Britain’s 13 visits since 2007.

However, Dorset has instead been selected as a south west host for the first time.

Road casualties rise in Devon – but still lower than before pandemic

A Devon County Council spokesperson said: ‘Historically the race has rarely been routed through the same part of the country on consecutive years and we wait to see which parts of the country the tour has in mind for future races.

‘Devon has hosted or co-hosted the tour 13 times and it has always proved an extremely popular event. We would welcome the opportunity to be able to host either the men or women’s tour again in the future.’

Responding on Twitter to the news, Councillor Stuart Hughes, the county council’s highways and cycling chief, said it won’t be in Devon this year because the Tour is ‘getting so popular everyone wants a stage,’ adding he hoped it would return in 2023.

Set to a backdrop of glorious sunshine beamed to TV viewers across the world, over a hundred riders raced from Sherford to Exeter, via a circuitous route including Dartmouth and Dartmoor.