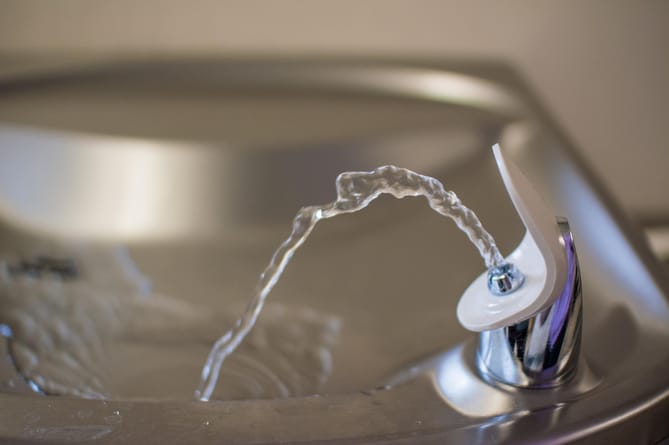 It has been suggested that money left to the council be used to provide more environmentally sustainable access to drinking water and offer a way for park visitors to fill up their reusable water bottles, which have become increasingly common in recent years due to raised awareness of climate change.

Cllr Debra Travers said: ‘I think it’s a great idea and to have three is wonderful, particularly with all the concerns surrounding single-use plastic.’

However, several councillors raised concerns over the cost of running the fountain, especially with the potential for water wastage if users failed to turn off the tap.

Cllr Paul Jessop said: ‘My only concern is that we continue to look at the costs and how we would look after it in winter.’

Meanwhile, Cllr Travers added that the council should consider a push button system instead of a tap in order to reduce water wastage.

The council is now discussing the design of the potential drinking water fountains and is currently leaning towards a granite base which would complement Dartmoor’s natural rock foundation and the park’s scenery.