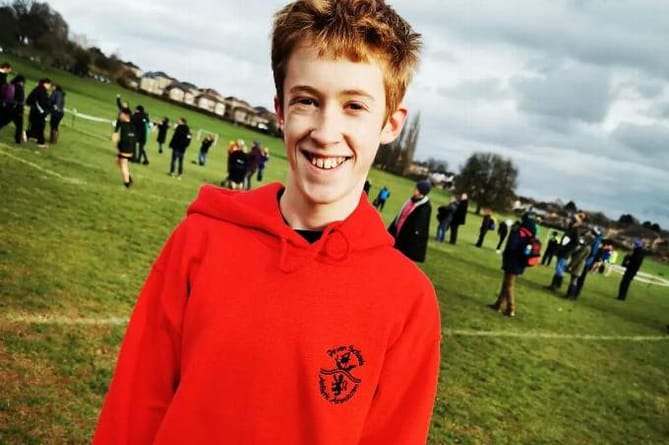 Last Saturday was an important day for two of Okehampton Running Club’s young members who had been selected to race in the South West Schools Cross Country Championship. Stan Wood (pictured) and Sam Priday represented Devon in the competition.

The event was held at Sheldon School in Chippenham, so thanks from the club were expressed to parents for their time and taxi provision.

The tough competition attracted top selected runners from seven counties, who have their own athletics association which promotes the region’s championships and this event aids the selections for their respective English Schools championship teams.

Despite suffering from some knee pain during the previous week, Stan had nothing hindering him during the race and was able to catch up on five runners in his start pen of 10 after he was unlucky to start last.

Stan continued to make progress and extend his race experience, finishing in fifth place for Devon and 36th overall.

Youngster Sam Priday also put in a good shift for Okehampton, taking a creditable second place for Devon and 22nd overall, plus the accolades of his team-mates for an impressive effort.