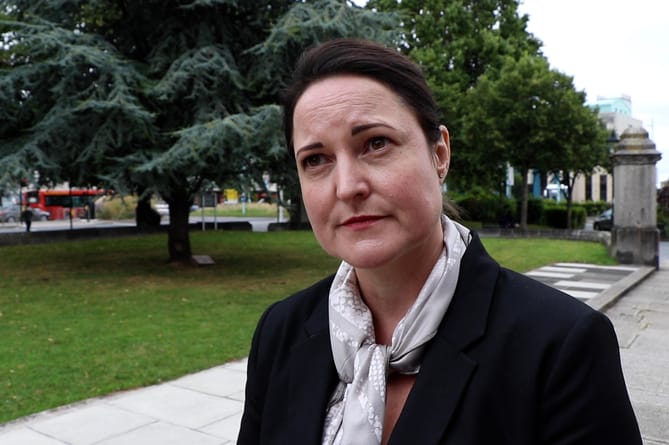 Far too few women who are victims of sexual harassment or violence are reporting their experiences to the police, according to the police and crime commissioner (PCC) for Devon & Cornwall.

In her regular blog Alison Hernandez said: “I know a lot of young women don’t have the confidence to come forward and report to the police – and that is understandable given the shocking conviction rate for sexual offences and the media coverage around tragic murders of women in Exeter and Plymouth.

“But, whether we like it or not, police resources are focussed on those crimes for which we have evidence that proves they are blighting our communities.”

Her comments come after she attended the launch of Exeter’s Safety of Women at Night (SWaN) charter set up to address issues that are being faced by women, particularly at night.

Ms Hernandez insisted they are ‘listening to the voices of women and girls to make change happen’ but also acknowledged the findings of the Exeter survey which showed, of 1,500 women polled over 86 per cent said they felt unsafe when alone in the city at night.

And a quarter said they had been affected by a sexual offence and a third said they have been harassed in the past three years but only 14 per cent of respondents said they were likely to report their fears to police which the commissioner said highlighted the difficulty police have in both assessing the level of fear and subsequently reducing that fear.

She also spoke about the Violence Against Women and Girls Commission (VAWG) in Plymouth which was set up following the death of 18 year-old Bobbi-Anne McCleod who disappeared from a bus stop in the Leigham area of the city last year before being killed.

A local man, Cody Ackland, 24, has since been charged with her murder.

Plymouth’s VAWG commission was launched in January 2022 to review what is being done across the city to educate men and boys, prevent and deter these types of crimes and consider what support is available for victims.

It was due to produce a report this month but members of the commission announced, last week, they would not publish their report until Friday 27 May due to the overwhelming amount evidence submitted.

So far the commission has received a huge amount of evidence, including more than 1,300 local people sharing their experiences in a survey, written submissions from groups and organisations that work with victims and has spent around 40 hours listening to feedback from 33 individuals or organisations during evidence sessions.

Calls for greater protection for girls and women has risen in the last year following the kidnapping, rape and subsequent murder of Sarah Everard in March last year by Metropolitan police officer Wayne Couzens.

In a November 2021 YouGov poll, women said they were less likely to trust the police following Ms Everard’s death and believed that police culture towards women needed to change.

The Government announced it would set up a major campaign against violence towards women and girls and would treat VAWG as being as serious as terrorism.