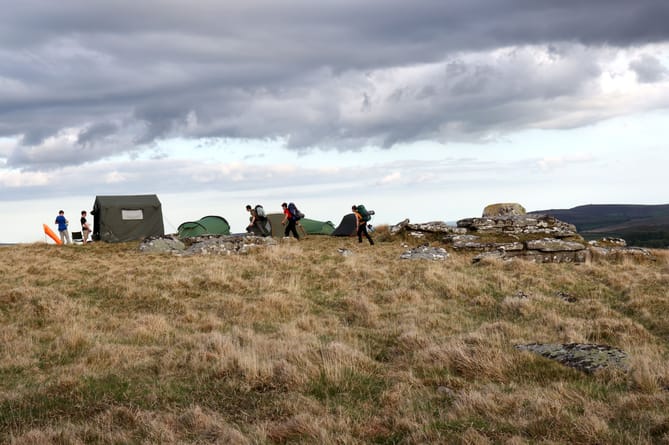 VOLUNTEER teams of support drivers in 4x4s notched up 7,828 miles over the Ten Tors weekend on Dartmoor.

The event, which was the 60th anniversary of the Dartmoor challenge saw 2,8000 young people walking 35, 45 or 55 miles across the moor.

And, making sure they stayed safe, transporting mountain rescue team to where they needed to be, were the Devon and Cornwall 4x4 response team.

They supplied 45 vehicles, with drivers, whose role was to transport members of the four Dartmoor rescue groups – North Dartmoor, Plymouth, Ashburton and Tavistock – with their equipment, to callouts during the weekend at Yes Tor/High Willhays, Buttern Hill, Dinger, Hangingstone Hill and Great Kneeset. They also returned them to their bases at Okehampton Camp, Princetown and Willsworthy Camp.

The 4x4 Response teams also transported the crutineers, who check participants are following the rules and are safe and took water to checkpoints to participants who were suffering from dehydration.

Other team members recovered broken down cars from the car parks, or were on Fogger duty in case of fire.

One team assisted at an incident unrelated to Ten Tors, where a walker had fallen and broken her leg quite badly.

Devon and Cornwall 4x4 Response are alway on the lookout for new members so if you own a 4x4 vehicle and would like to help your local community, as well as having a few adventures they invite you to consider joining them.

There are some roles which do not require ownership of a 4x4 vehicle, so if you are interested, but don’t own a vehicle, or don’t drive, you would still be very welcome. See www.dc4x4r.com.