Tourism to boom with hourly service 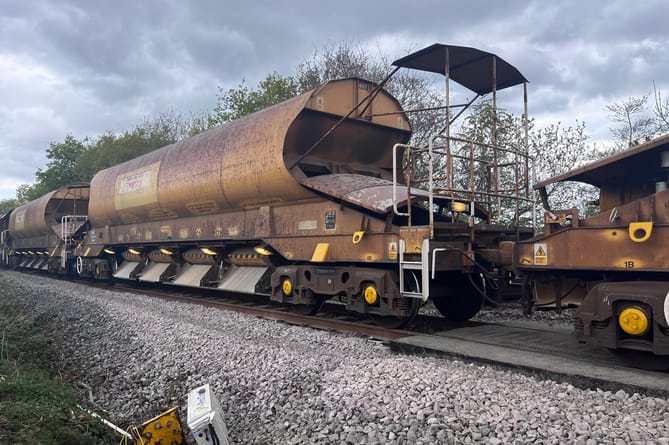 A Network Rail representative has said that the Dartmoor Line’s upcoming hourly service is good news for Okehampton as the summer holidays fast approach.

Rob Breckon, press officer for the railway’s infrastructure company, has predicted that the new hourly service will bring great economic benefits to the town including an increasing number of tourists as families plan their summer holidays.

He said: ‘It’s just going to add further to incoming tourism, help commuters avoid that busy A30, get people to and from work and college and obviously attract further business into Okehampton.’

The service was closed last week to carry out engineering work on the track in preparation for the new hourly service, which is due to start on May 10 though the timetable change will not take place until May 15. 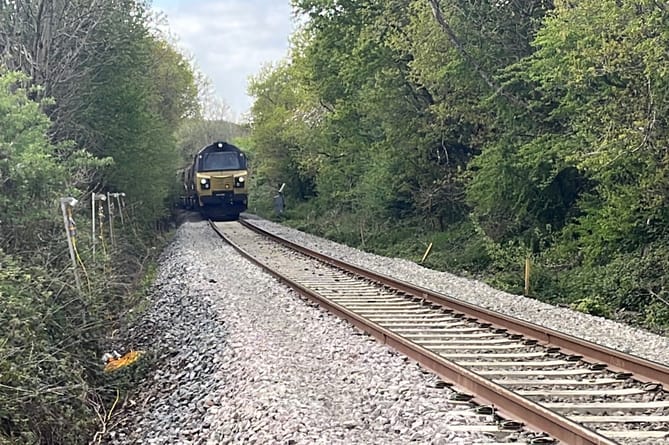 The trainline was closed temporarily on April 25 in order for engineers to firm up the track and add further water drainage measures to ensure the line can withstand the increased service.

The preparations will also mean that Great Western Railway will be able to run a faster train to Okehampton with plans to double the speed from 30mph to 60mph.

Mr Breckon said: ‘If you’re going to stand for something harder and runs quicker trains over, it needs to be firmer. Hence, why our guys are now doing further enhancements - so, better drainage because it’s going to get wetter towards the end of the year.

‘We need to further enhance the track bed effectively to make it a little bit more firm because it’s going to be getting a quicker train.’

Engineers are taking up sections of track by Fatherford and Coleford to lay matting and stones, known as ballast, along the line to prevent the track becoming waterlogged. 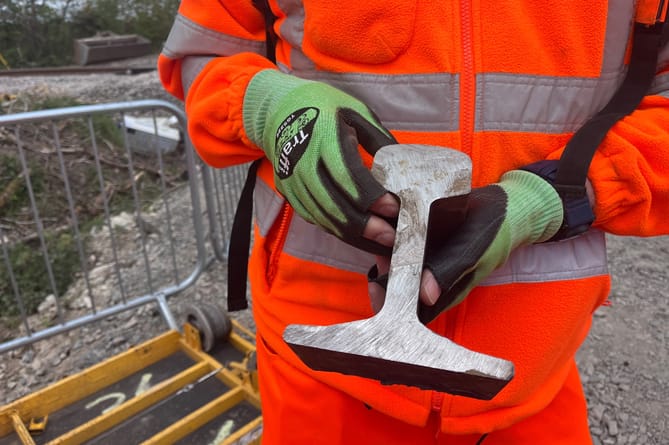 Rob Mashford, senior programme manager at Network Rail, said: ‘The drainage is really important. What happens when the track gets really bad quality because it’s covered in water is the train starts bouncing up and down.

‘We’ve renewed the track but unless we do the drainage as well and put some new drainage in to get the water to flow out, we’ll only get that [happening].’

This could ultimately cause the train to derail.

The environmental effect of the trainline has been a particular concern for Network Rail and the company has taken action to prevent any disturbance to wildlife as much as possible.

Mr Mashford said that dormice and newts are known to inhabit the area and the company had taken pains to avoid them.

There are future plans for a cafe and shop at Okehampton station though an opening date has not yet been confirmed. 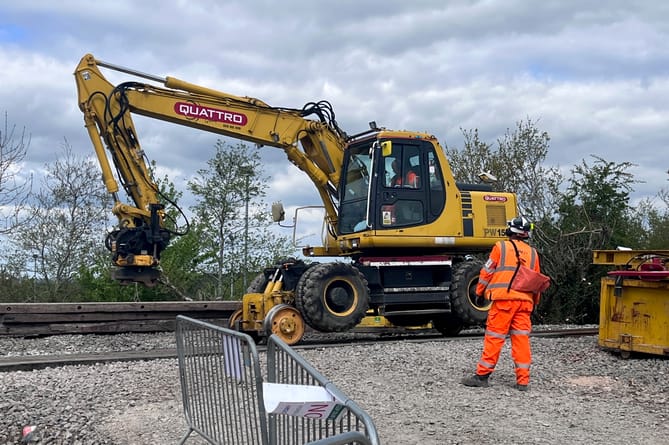 Rail companies originally predicted that they would see approximately one thousand journeys a week, but the number of passengers using the service is double this expectation.

‘We’ve seen a huge increase in demand from the minute we started, had two thousand journeys a week already. So the demand is clearly there,’ added Mr Breckon.

Figures for March estimate that an average of 10,000 passengers have used the Exeter-Okehampton line. 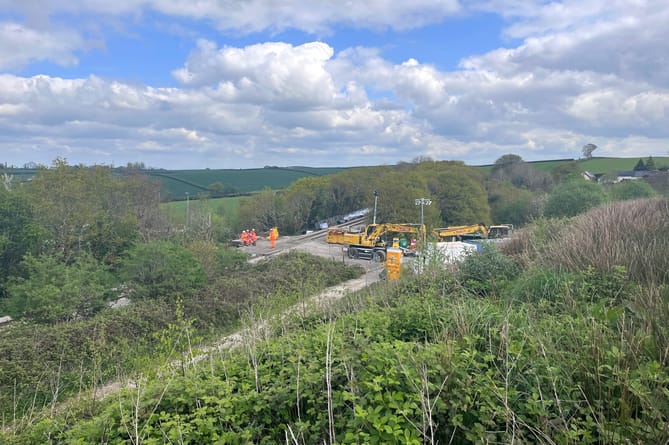 Two weeks ago, a second application for funding to open another station in Okehampton, to be built on the east side of the town.

West Devon Borough Council said it will apply for £12 million from the government to help Okehampton ‘level up.’

Supporters of the plan have argued that this will encourage more visitors to the town and make it easier for commuters to access the town centre.

It is hoped that the second station will relieve some of the congestion problems on the access road to the main Okehampton station.

The Okehampton Parkway scheme will also receive £1.2 million from Devon County Council to improve cycling and walking links and offeran interchange for buses.

Advocates had previously applied for funding to build the station but it was unsuccessful.

Currently campaigners are calling for the reopening of the Tavistock to Bere Alston stretch but there are many West Devon residents who would eventually like to see the whole Dartmoor Line re-opened to connect Dartmoor towns to Plymouth and Exeter directly.