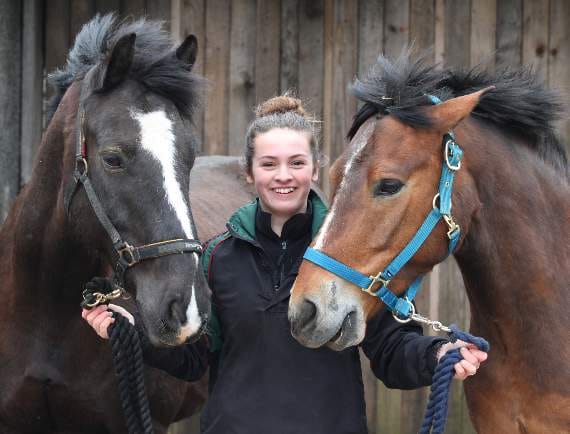 RIDER Martha Miles from Bere Alston enjoyed great success in Chepstow earlier this month for the Winter National Dressage finals – thanks to Father Ted and Oragano.

The competition sees entrants from all over the country who have qualified in local and regional events over the past year. Martha qualified two horses, her quirky but talented bay gelding Oragano, and her new horse Father Ted. Oragano and Martha produced the best test of their careers on Saturday to take first place in the 12 years and under championships with 70.33%.

A delighted Martha said of her horse: ‘He was brilliant, I am so proud of him and he only tried to buck me off three times in the collecting ring!’

On Sunday, it was Father Ted’s turn to shine as they earned third place in the  championship event – not bad as the pair have only been together four weeks.

Both horses and rider return to Wales for the Championships of Great Britain in the summer, with Martha back on swimming duty with Tavistock Swimming Club, competing in the Millfield Super Series gala before the start of the pentathlon season at the end of April.