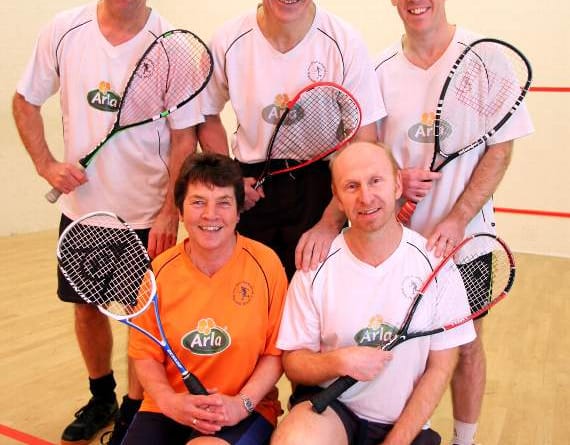 OKEHAMPTON squash teams enjoyed contrasting fortunes in the latest round of matches in the Devon Squash League.

The week started with the second team hosting Exeter University. At string 5 Sue Stanbury played well, using her boast shot to good effect, but eventually went down to the younger opponent 0-3 after a number of tight games.

At string 4 Dave Harwood came up against a hard hitting opponent who had too much in his locker - Dave going down 0-3. There was a similar scoreline in Stuart Lord’s match at string 3. At string 2, Shane Vallance enjoyed a long battle in his match, coming out 3-2, while at string 1 Shawn Jones was on the wrong side of a 2-3 reverse. It meant a 19-5 loss for the team, which leaves them near the bottom of the table in division four.

Later in the week the first team also needed a much needed victory to move away from the bottom in division three. Both Shane Vallance and Shawn Jones played up from the second team and both enjoyed 3-0 wins to set the team off on a good start.

Whilst Justin Gliddon went down 0-3 at string 3, Phil Allin recovered from a slow start against a tricky opponent to win his string 2 match, 3-1. Phil Kemsley finished off the victory with a solid 3-0 win, Phil utilising his game to good effect.

This was a morale-boosting 17-4 win for the first team in their quest to finish the season strongly.