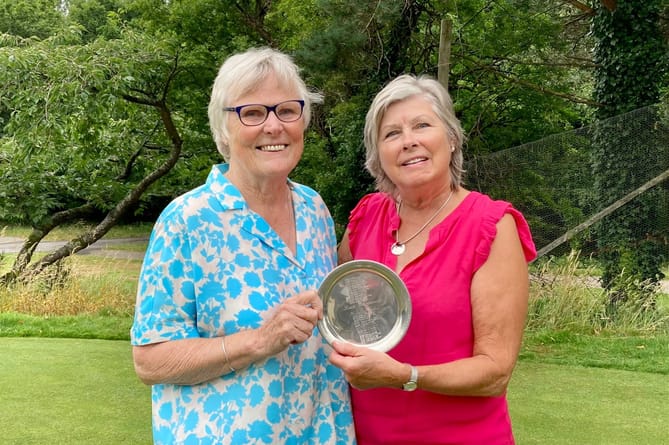 The ladies section of Okehampton Golf Club held the first round of their club championships on Tuesday, July 19 followed by the second round on Wednesday

The Vick Rose Bowl was also played on the second day which is a stableford competition for the over sixty fives (18 holes) and this was won by Lin Atkinson with 33 points, Val Dodsworth was second with 29 points and Elaine Marwood was third with 28 points.

On Saturday, July 23 club captain Paul Ayris held his captain’s charity day in aid of pancreatic cancer. A very large field took part in a four man Texas scramble and the winners were Harry Hawking, Fred Cooke, Jerry Lock and Graham Pengelly with nett 53, in second place were Kevin Pedrick, Matt Soby, Adam Cook and Martyn Cox with nett 53.1 and in third place was the captain Paul Ayris, Jake Ayris, Alan Grimshaw and Will Searle with nett 53.2 plus numerous other prizes.

A big raffle was also held and everyone had a very enjoyable day helping to raise money for Paul’s chosen charity.