Council leader re-elected for another year 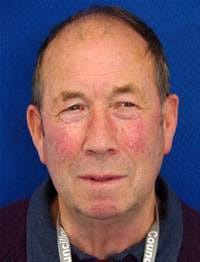 THE independent leader of Torridge District Council (TDC) has been re-elected for another year.

Having begun his first term in October 2005, he has been a member of the council for almost 17 years.

TDC has been run by a coalition of independents since the 2019 election in which the Conservatives lost office.

The vote to reappoint Cllr James as leader was taken at the council’s annual meeting on Monday, May 17.

Councillor Robert Hicks (Independent, Monkleigh & Putford) said: ‘I’m going to propose Ken James carry on at it for another year.

‘He’s been a good steady hand for a year or two at it now.’

Mr James praised Cllr Hodgson. ‘I need someone to keep me in order,’ he joked.

Councillor Doug Bushby (Independent, Bideford North) was re-elected as chair of the council. Speaking after the vote he said: ‘Thank you very much for your confidence in me. It is appreciated.’