Fly-tippers prosecuted for trail of destruction on country lane 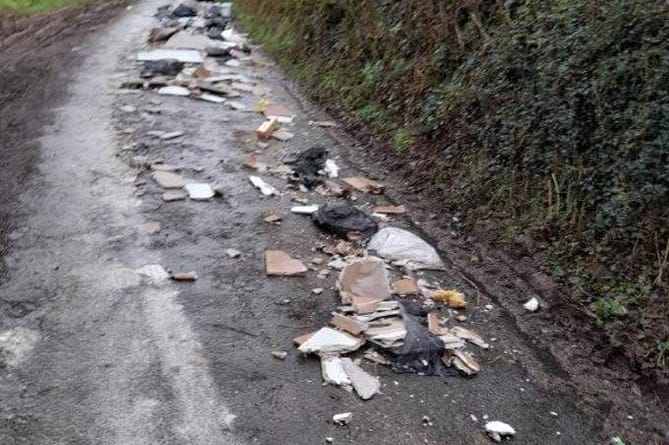 On the evening of Friday, December 11 2020, a flatbed truck owned by Colin Bate, and driven from Plymouth, opened its tailgate and left a trail of building material strewn across a beautiful unspoilt lane.

The fly tip was reported to the council and to the police and the hazard to drivers, walkers and wildlife was cleared away.

The council secured a conviction against both Bate and Nutbean in partnership with Devon and Cornwall Police and with support from Exeter City Council. It said it had sent a very clear message to those who illegally fly tip in West Devon.

Cllr Lynn Daniel, the council’s lead member for environment, said: ‘Fly-tipping won’t be tolerated and we will prosecute. There is absolutely no excuse for spoiling the beautiful landscape here, or anywhere else, and we will do everything in our power to bring those responsible to court and hold them to account.

‘I would like to thank everyone who has worked together to bring this to a successful conviction.’

‘The support and cooperation of members of the local community enabled the police to work with the local authority to complete an effective investigation leading to the guilty verdict of the individuals concerned.

‘Devon and Cornwall is predominately rural and as such holds a lot of appeal to the residents of these areas and the many visitors to the area each year.

‘This incident and subsequent convictions demonstrates Devon and Cornwall Police’s commitment to our rural communities and that such behaviour will not be tolerated.’

Find out what to do if you see a fly tip and how to report it here: www.westdevon.gov.uk/fly-tipping