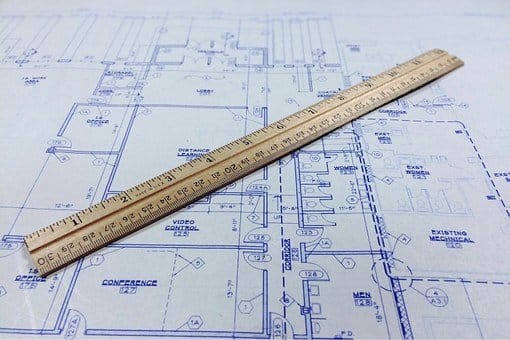 An application for approval for the detailed design of 13 homes on the site of a former South West Water depot in North Tawton has been submitted to West Devon Borough Council.

Hembury Homes’ proposal for the development at The Depot in Devonshire Gardens already has outline planning permission – approval in principle – for 14 homes on the site from West Devon Borough Council (1482/17/OPA). The latest application, 1671/22/ARM, seeks approval for the detailed design.

The plan has altered slightly and now only 13 cottage-style homes will be built on the site, of which three will be affordable, slightly less than the 3.9 homes affordable homes supposed to be built as part of the planning agreement.

The site is reached through Devonshire Gardens on the northern edge of the town, on the site of a former water company depot.

Planning permission has been granted for a mixture of two and three-bedroom homes on the site, alongside allotments. The homes will all have slate roofs and coloured render and each be fitted with photovoltaic solar panels to contribute towards the energy provision for the homes. Two parking spaces are being provided with each house, which will have electric vehicle charging points.

The developer says the application complies with the North Tawton Neighbourhood Plan, which sets out that two and three bedroom homes are what is needed in the town.As 30 per cent of the homes must be affordable. Two of the proposed affordable homes will be available as socially rented properties while one is proposed for shared ownership (part rent-part buy). Exisitng trees and hedges around the edges of the site will be retained to screen the homes. The plans include 500m2 of land set aside for allotments to be edged with a new native species. A footpath will be continued through the site.

Meanwhile in Station Road in Bere Alston, an application has been submitted to demolish a two-bedroom stone cottage and build a three to four bedroom home in its place (1047/22/FUL). A report by consultants for the applicant said: ‘We feel that the proposed alterations to the appearance will not affect or change the image and character and will have no adverse affect on the wider setting or the Conservation Area nearby. There is also an application to convert a barn into a house with surrounding land fenced in as grounds. The application seeks permission to convert the barn at Dove Cottage at Down House Farm in Mill Hill Lane, 1465/22/FUL with comments invited by June 30 on the proposals.