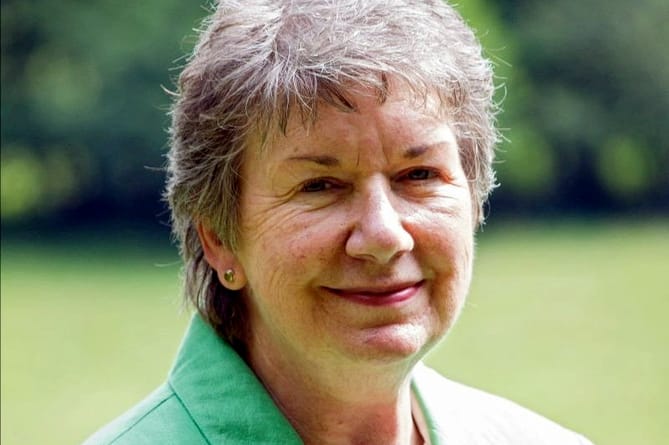 The newly re-elected chair of Dartmoor National Park has said she will continue her work to make Dartmoor a better place for people, animals and nature.

Pamela Woods was re-elected as chair of Dartmoor National Park Authority with Peter Harper re-elected as deputy chair on June 10 at the authority’s annual meeting at Parke, Bovey Tracey.

Ms Woods said: ‘I have had no greater privilege than to have served as Chair of Dartmoor National Park Authority for the past three years and to thank members and officers for their continued support,’ she said.

Her vision of the authority, she said, was unchanged and is of an organisation that is sufficiently well-resourced to fulfil its purposes and develop services beyond the minimum requirements. But, she added, external pressures are having an impact on England’s national parks.

She added: ‘I will continue to support the chief executive to press for a realistic level of grant and, with members and officers, to seek other sources of income.

‘Discussions on National Park Authority governance, arising from recommendations made in the Glover Review, are still ongoing and I continue to emphasise the importance of local connection and accountability alongside national appointees. This is essential if we are to continue to build and maintain relationships with the people who live and work on Dartmoor, as well as those who visit us.’

Ms Woods has served as chair since 2019 and was formerly an independent member of the Authority’s Standards Committee. In a career of senior management and consultancy, she worked with a range of not-for-profit public and private organisations on strategic planning reviews and advised on constitutional and governance issues.

She has lived in Dartmoor for 30 years and strongly supports the view that conservation of the national park’s unique characteristics should be balanced with the day-to-day needs of people who live and work there.

Mr Harper has lived and worked in the national park for most of his life. A former Army officer in the Air Army Corps, he later went into business and ran the family’s agri-business. He was appointed to the authority in 2008 and served as chair for two years.