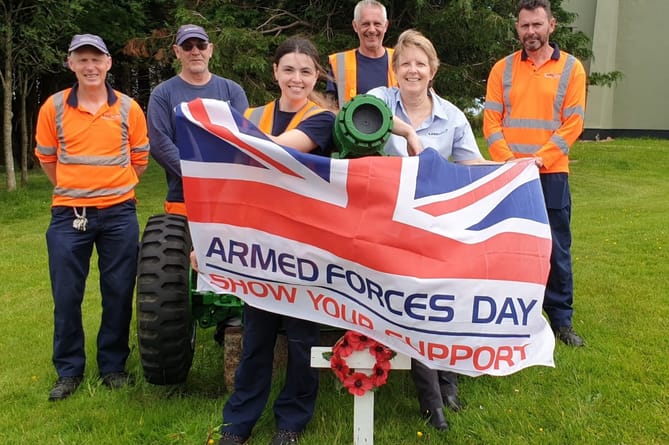 To mark the beginning of Armed Forces Week 2022, Landmarc Support Services (Landmarc) and the Defence Infrastructure Organisation (DIO) showed their support and thanks to service personnel when they raised the Armed Forces Day flag at Okehampton Camp this week (June 20). Landmarc employees, armed forces personnel and staff from DIO joined together to witness the raising of the flag, where it will fly proudly until Armed Forces Week comes to a close on June 26. Landmarc and DIO have given a special thank you to the armed forces this year as 2022 also marks the 40th anniversary of the Falklands War and the Queen’s Platinum Jubilee.

Garden opening for charity at Coryton