Funding for bid on the cards? 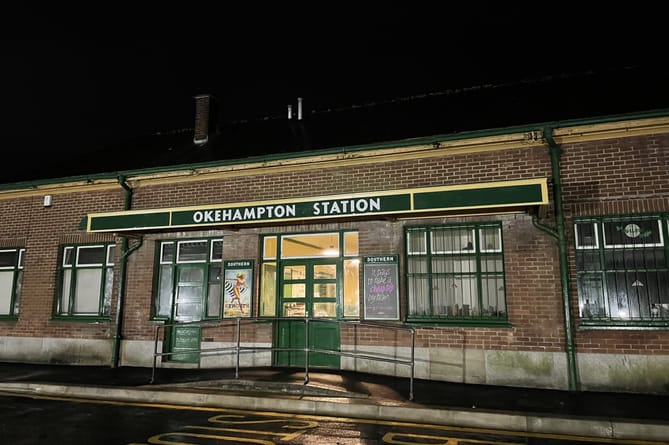 Councillors are looking at putting in £120,000 match-funding towards a second bid to build a multi-million pound transport hub at Okehampton.

West Devon Borough councillors say they need to commit the money towards the ambitious project before the deadline for applying for Government levelling-up cash next month.

Hub committee members have been told the bid for the ‘once in a lifetime’ chance to build the project has to be with Government officials by July 6.

They were being asked to allocate the £120,000 at Tuesday’s hub meeting before the deadline expires.

Normally, full council would be asked to decide - but they won’t meet until July 19, 13 days after the deadline has passed.

Councillors attempted to secure Government support in an earlier bid last year, but narrowly missed out, a report tells councillors.

The project would include a second station on the eastern side of a rapidly-growing Okehampton to support the newly-reopened Dartmoor line.

A report to councillors said feedback from the first bid had led to the conclusion that it had complied with the majority of the selection criteria.

With specific additions, including further cycling and walking infrastructure, the bid would have likely been selected for funding.

It says officers were notified that the Levelling Up Fund (LUF) was re-opening during the spring to offer a second tranche of funding for high value local infrastructure.

Working in partnership with Devon County Council, Network Rail and GWR, the council intends to re-submit a bid to the second tranche for around £13.12 million, with a 10 per cent match funding element of £1.32million in order to deliver the West Devon Transport Hub in Okehampton.

An amount of £1.2 million of match funding has been secured from Devon County Council, with West Devon Borough Council proposing to fund the remaining £120,000.

The report adds: ‘The West Devon Transport Hub presents a once in a lifetime opportunity to transform Okehampton and the surrounding hamlets with a multi-modal travel exchange, to create a thriving neighbourhood that welcomes everyone.

‘It will include a: new station, lift and platform, a strengthened active travel cycle and walking offer, bus interchange, car park, EV charging, be fully accessible to wheelchairs and prams, and host a social wellbeing space.’