Hatherleigh Market to be ready by end of summer 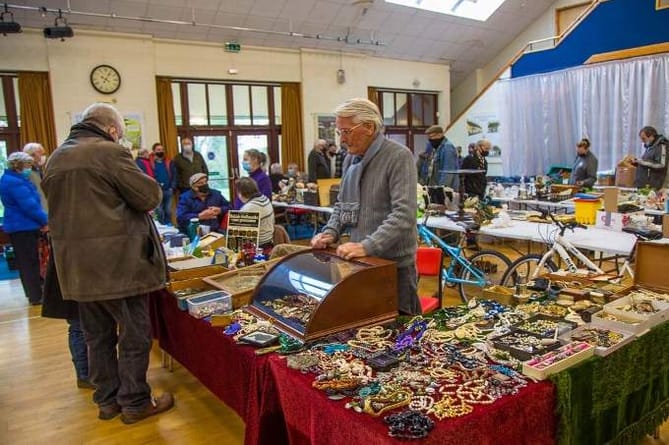 WORK is to start soon on building Hatherleigh’s new market as part of a housing development at the centre of the community.

Kingswood Homes, the company building 102 homes including 21 one-bed bungalows in the Market Quarter, this week confirmed that the new market would be completed ’by late summer’.

No plans have yet been released but negotiations continue between the developer and the town council and market manager about the design of the market, which the developer has agreed to build as part of its redevelopment of the old cattle market site.

The town council has has been seeking funding to make a financial contribution to provide what will be a more substantial building than the three-sided building offered by the developer.

The news that work is to start has been welcomed by mayor and chair of the town council Clare Tyson.

She said: ’We are eager to see the new market site finished, so the market can return to its home and we can look to the future and start its regeneration. In these turbulent economic times local markets are such key venues for local producers to showcase their wares, especially for smaller businesses and those just starting out.

’And as such markets are key local institutions for a community’s resilience in unprecedented times, for community meeting places, for a sense of place. And of course this area will bring benefit for other community uses such as the carnival and festival.’

The market, held every Tuesday, has been without a permanent home since work started on the site. It offers a variety of local producers selling food and drink, as well as pet supplies and a ’fur and feather’ auction.

The return to its own building comes after more than two years in which the market has moved to different venues, following the demolishing of the old cattle market. For a while, with permission from Kingswood Homes, the market continued to be held in the sheep shed until that too was demolished as the housebuilding gathered pace.

After this, the market moved into its own marquee outside until this was irreparably damaged during during Storm Arwen in November. Since then the market stallholders have been holding the weekly market in Hatherleigh Community Centre on Tuesday mornings.

Hatherleigh Town Council and market manager Debbie Kimber have been in negotiations with Kingswood Homes over the design of the new market building. The original plans show a pavilion-style building with open sides. However, the town council and market manager have been asking for a more substantial building which can be locked up. They have been asked to contribute to the market building financially to include this, but so far have been unsuccessful at obtaining funding. A recent application to a Covid fund run by West Devon Borough Council for tables and chairs and a market manager’s kiosk was also this week turned down.

Kingswood Homes land and planning director Andrea Fortune said: ’We have and will continue to work closely with Hatherleigh Town Council and the market operators to provide a new market building in the heart of the town. Once complete this will be an important facility that will benefit the whole community.

She added: ’The wider Market Quarter development is progressing well, with homes selling well ahead of the build programme. We anticipate that the new market building will be complete by late summer.’