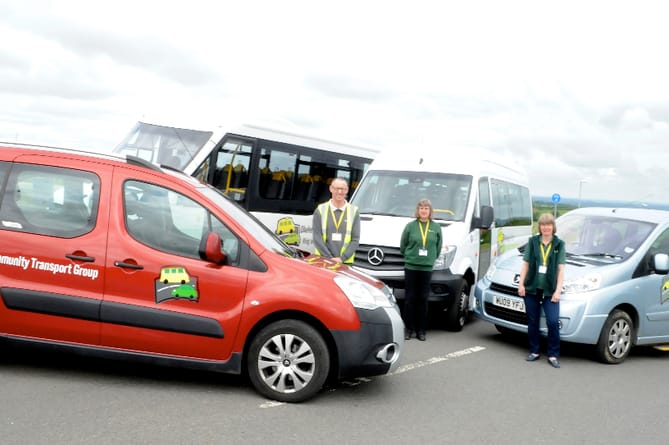 The Okehampton District Community Transport Group (ODCTG) has reluctantly announced that it is having to raise its prices yet again to cover drivers’ rising fuel costs as the fuel price crisis starts to bite across West Devon.

For the second time in under six months, the ODCTG has made the reluctant decision to hike up the prices paid by its customers, who rely on its service offering transport into Okehampton.

Many people using the ring and ride service are unable to drive themselves.

Manager Sue Wonnacott explained that the hikes were impossible to avoid, if the volunteer driving service was to stay in operation.

She said: ‘Unfortunately due to the increasingly high cost of fuel we have sadly made the decision to increase our fares. We know that the cost of living is already causing us all financial worries but if we are to remain in operation we need to sometimes make difficult choices.’

The new prices will come into force from July 1 when customers will have to pay £5 for a return journey within Okehampton while longer journeys will increase to 55p per mile and a £3 booking fee.

Currently customers need to pay £4 for a journey within Okehampton and 50p per mile for longer journeys with a booking fee of £2.

This comes following a previous price at the start of this year when the Ring and Ride services increased by £1.

The ODCTG has also been calling out for more drivers as volunteers start to struggle paying for the cost of fuel which motorists’ organisation the RAC has said it only expects to rise.

In these difficult times, the community interest group continues to receive support from local councils.

In April, Cllr Brian Wood, the chairman of Okehampton Hamlets Parish Council presented the ODCTG with a cheque for £1,000.

The ODCTG is a community-led service supported by Devon County Council and West Devon Borough Council which provides transport for the local community, especially for people who find it physically difficult to use conventional public transport, the elderly and those who are rurally isolated.

The group provides a door-to-door service and also runs day trips for the local groups.

Recent figures collected by the RAC estimate that the cost of petrol this month is 185.44p per litre while diesel prices are estimated to be 191.21p per litre.

The war in Ukraine has only exacerbated the situation as western countries impose sanctions on Russia, one of the world’s largest exporters of crude oil which is used to make petrol and diesel.