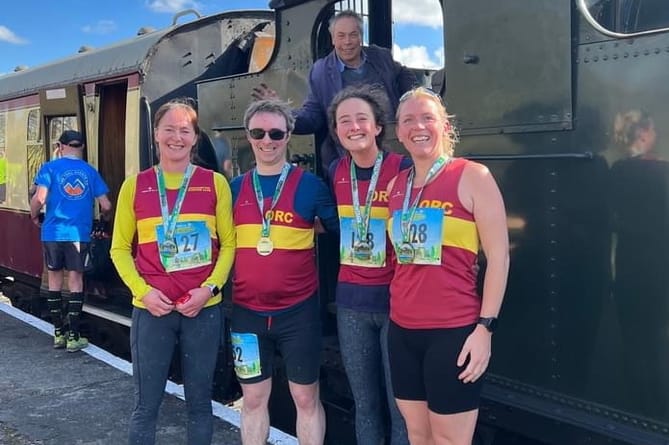 Four ORCs took part in Beat the Train on Saturday and they thoroughly recommend this lovely event from Jolly Running.

The race is a long 10k (6.8 trail miles) in South Devon where you race a steam train in an out and back trail route through the beautiful Dartington Hall Estate.

They also took the unique opportunity to ride the steam train to the start line before disembarking and preparing to race it.

Jo Page had a fantastic run and was the second lady home, Molly Marvin was fifth, Sarah Marvin was first in her age category and Angus Farrelly had a storming last mile to ensure he got to the station a full five minutes before the train pulled in. They all had a lovely day out.

This course starts at Exwick playing fields and is a two lap race alongside the River Exe.

Windy conditions made it a tricky race. Andrew finished 2nd in Vet 50 Category in a time of 19.01, Sophie was first in her age group achieving a club record of 21.02. The next race in this series will be on May 3.