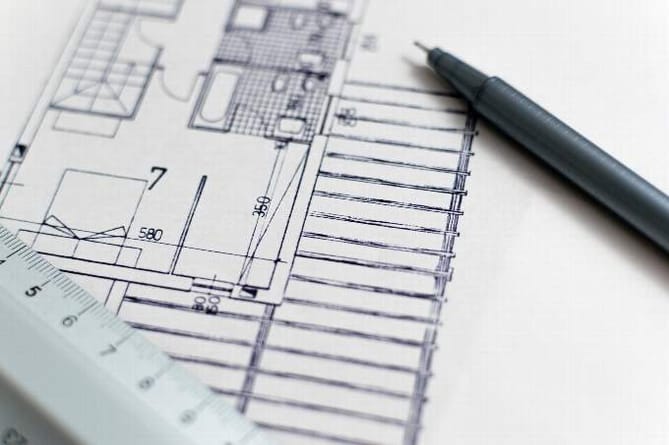 Kingswood Homes, which is building Hatherleigh’s new market as part of a larger housing development, has applied to make changes to its plans for an apartment block with shop units below (app 4416/21/VAR).

The developer is asking for planning permission from West Devon Borough Council to divide the space into smaller shop spaces, having taken advice that these are likely to be easier to rent out than bigger units. The aim is that these will be occupied by local traders close to the new market building.

The original block of 10 apartments and four commerical units has been amended to accommodate 13 apartments and six commercial units, using the second and third floor roofspaces and adding rooflights.

A statement with the application said the number of shops had been increased ‘following advice from a commercial agent who recommended smaller units in this location than we previously had consent for’. The application also asks to increase the number of parking spaces from 10 to 13 to provide for the increased number of apartments.

A statement with the application said: ‘This application to reconfigure the apartment building does not fundamentally change the approved scheme and is considered to offer an improved solution in terms of levels and access to the apartments and the shop/ commercial units.

‘The changes bring a more realistic likelihood of occupation and take up of the shops which is important to the vitality of Hatherleigh, rather than leaving units vacant with no interest.’

Other planning applications submitted to West Devon Borough Council include:

Erection of polytunnel for sheep, land at Whinchats, Broadbury — http://apps.westdevon.gov.uk/PlanningSearchMVC/Home/Details/214439