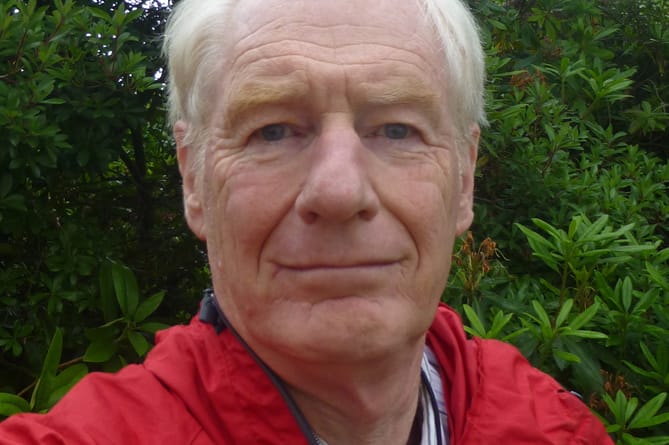 Henry Guly will be talking on ‘The Camino de Santiago’, a pilgrimage route to the supposed tomb of St James in Santiago in NW Spain, first walked in 910 AD, on April 28 at Tavistock Guildhall.

Mr Guly qualified as a doctor in 1974 and trained in Accident and Emergency Medicine (A&E) in Plymouth between 1980 and 1983.

He then worked in Wolverhampton but returned to Plymouth in 1986 as a consultant in A&E at Freedom Fields Hospital initially until the department moved to Derriford Hospital.

He retired from full-time work in 2011 but has continued to be involved in different aspects of medicine, currently doing a little teaching of students and helping with the Covid mass vaccination programme.

Since retirement, he has developed an interest in history and has done a lot of research into the medical history of Antarctic exploration and family history

He and his wife, Maeve, have lived in the area since 1986, initially in Horrabridge and more recently in Yelverton. They are both keen walkers and Henry has been a member of the Dartmoor Search and Rescue Team (Tavistock) since 1987.

Apart from local walks and a large part of the South West Coastal Path, they have completed the Northumberland Way and the Thames footpath.

In 2004 they walked the 500-mile Camino de Santiago (the Camino Francés route) from St Jean Pied de Port to Santiago de Compostella and in 2019 walked the Camino Portugués, 380 miles from Lisbon to Santiago.