We are proud to be part of The Queen’s Platinum Jubilee Beacons and Associated Activities on June 2, 2022

Tavistock Town Council has announced plans to light a Beacon for The Queen’s Platinum Jubilee on the evening of Thursday, June 2, 2022.

The Beacon is one of thousands being lit in the UK and the Commonwealth, and forms part of the official programme announced by Buckingham Palace for the Jubilee Weekend.

The Beacon will be lit on Whitchurch Down (adjacent to the ‘pimple’), and it will be one of over 2,022 lit by charities, communities and faith groups all over the UK.

In addition, Beacons will be lit in all 54 Commonwealth capitals and the Principal Beacon lighting will take place in a special ceremony at Buckingham Palace on Thursday evening. This will take the form of a lighting installation with The Queen’s Green Canopy ‘Tree of Trees’ sculpture and projections onto the front of Buckingham Palace. This innovative new way of taking part in the Beacon lighting will reflect the Royal Family’s long history championing environmental causes.

Bruno Peek LVO OBE OPR, Pageant Master of The Queen’s Jubilee Platinum Beacons said: ‘Building on a long tradition of lighting beacons to mark significant royal celebrations, thousands of Beacons will be lit across the United Kingdom, the Commonwealth

‘They will enable local communities to join together to pay tribute to Her Majesty as part of the official programme of events.

‘For the first time, town criers, pipers, buglers and choirs from the UK and the Commonwealth will come together to join in the celebrations in their own individual and special way.

‘It is wonderful to see the range of support for Beacon lighting, which will highlight both the diversity and unity of the nation and the Commonwealth. The Queen has lit up our lives for 70 years through her dedicated service and commitment.

‘We would like to light up the nation and the Commonwealth in her honour.’

Tavistock Town Council Mayor Paul Ward said: ‘As Tavistock’s Town Mayor I am honoured to join with the people of our fine town to mark Her Majesty the Queen’s Platinum Jubilee by the lighting of a Beacon on Whitchurch Down at 9:45pm on Thursday June the 2nd.

‘It is extraordinary to think that throughout my nearly three score years and ten there has been only one monarch, HM Queen Elizabeth the 2nd, who has reigned for 70 years.

‘The lighting of a Beacon is a traditional way of marking special Royal celebrations and Tavistock’s beacon will be one of more than 2000 being lit across the United Kingdom and throughout the Commonwealth.

‘I hope that as many of you as possible will come with your family, friends, and neighbours to celebrate this remarkable, once in a lifetime, event together’.

The Queen’s Platinum Jubilee Beacons and Associated Activities have been conceived and organised by Pageant master Bruno Peek and his dedicated team.

Timeline for many Beacons lightings, although events might change at individual locations

At 2pm hundreds of town criers and 50 Pearly Kings and Queens will announce a specially-written Proclamation heralding the lighting of the beacons later that day.

At 9.35pm local time across the UK and Commonwealth, traditional and Northumbrian pipers and pipe bands will play Diu Regnare, a unique tune specially written for the occasion by Piper Major, Stuart Liddell, the world’s leading piper.

At 9.40pm buglers linked to local Beacon lightings across the UK and the capital cities of the Commonwealth will officially announce the lighting of the Beacons with a specially written bugle call, entitled Majesty.

Then at 9.45pm exactly local time, and to coincide with the lighting of the Beacons, community choirs across all nations will sing Song for the Commonwealth, which has been written and composed by Lucy Keily, from Australia and Vincent Atueyi Chinemelu from Nigeria.

Details of the event and those taking part can be viewed by going to the Guide To Taking Part found at www.queensjubileebeacons.com 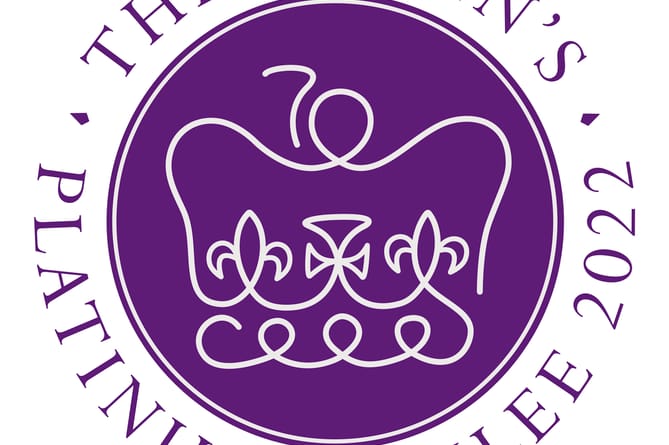