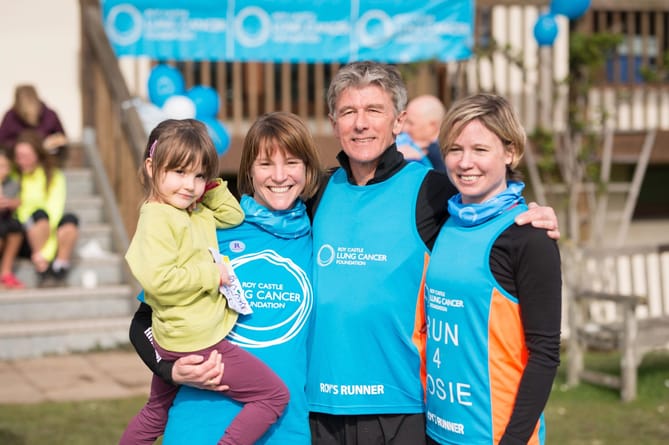 Chagford residents raised thousands of pounds over the weekend at the popular fundraising event, Run 4 Rosie.

The running event was attended by 220 people of all ages who ran a combined total of 1,545 miles over the 24 hour event.

This was the fourth Run 4 Rosie event which was set up to raise money for the Roy Castle  Lung Cancer Foundation in memory of Chagford resident, Rosie Webber, who passed away in 2018 following a battle with lung cancer.

Beth Webber, co-founder of the event and Rosie’s daughter, said: ‘This event would not be possible without the support of the Chagford Runners and the help of the wider Chagford Community.

‘Our heartfelt thanks go to them and all the participants. It is an honour and privellege to hold this yearly event, to remember Rosie and to support a charity whose much needed funds go towards vital research against the UK’s largest cancer killer.’