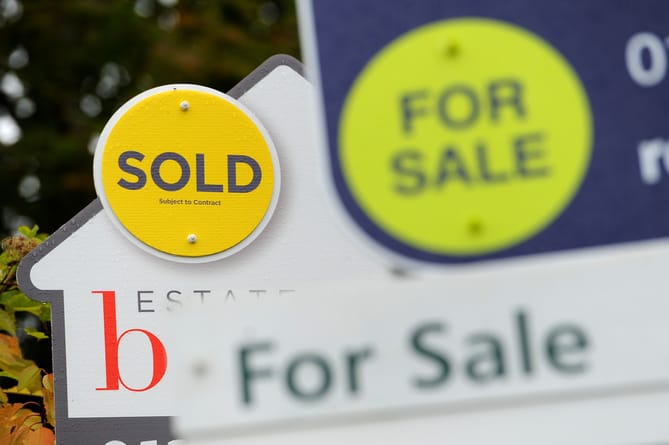 But the drop does not reverse the longer-term trend, which has seen property prices in the area grow by 4% over the last year – though still the lowest in the South West.

An imbalance between supply and demand for properties has remained the primary reason behind climbing house prices across the UK throughout the pandemic.

The need for larger deposits and constraints on accessing mortgages have pushed homeownership further out of reach for many first-time buyers – despite Government figures showing 50% of renters would be able to afford the monthly payments.

In a recent major speech in Blackpool, Prime Minister Boris Johnson announced a “comprehensive review” of the mortgage market would take place in a bid to help more people onto the property ladder.

Over the month, the picture was different to that across the South West, where prices increased 1.9%, and West Devon was lower than the 1.1% rise for the UK as a whole.

Over the last year, the average sale price of property in West Devon rose by £11,000 – putting the area bottom among the South West’s 29 local authorities with price data for annual growth.

The highest annual growth in the region was in North Devon, where property prices increased on average by 20.8%, to £333,000.

First steps on the property ladder

Owners of flats saw the biggest fall in property prices West Devon in April – they dropped 1.7% in price, to £136,333 on average. But over the last year, prices rose by 1%.

Among other types of property:

How do property prices in West Devon compare?

The highest property prices across the UK were in Kensington and Chelsea.

Highest and lowest annual growth in the South West