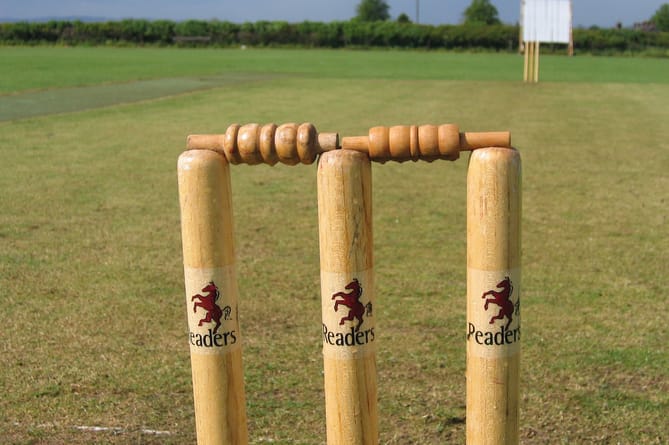 The weather was not kind to Bridestowe during their game against Ivybridge in the Devon Cricket League B Division on Saturday.

The Bridestowe batsmen fired again, posting 315-9 from their 45 overs.

Ryan Dennis made a run-a-ball 49 at the top of the order and set a platform with Leon Horn (27).

Kian Burns came to the crease at 86-2 scored his first hundred for Bridestowe, striking 112 from just 81 balls, including nine fours and eight sixes.

The fireworks continued at the other end through Craig Penberthy, who scored 72 from 45 balls on debut.

Burns and Penberthy put on 154 in rapid time to power Bridestowe past 300.

Bridestowe rushed through 13 overs before the rain became too heavy, reducing Ivybridge to 43-3.

Dan Fogerty (2-26) was effective off a shortened run up and spinner Billy Searle (1-15) also kept it tight.

There was a break in the weather after around 30 minutes of very heavy rain, but play never resumed.

Both sets of players were keen to get a result by getting to the 20 over mark, but the umpires felt that the pitch was too wet to restart at the cut-off time, meaning that the points were shared.