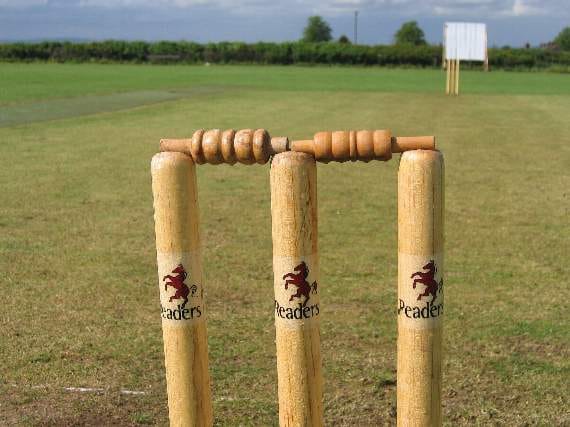 IT has been a busy few days of cricket for Belstone Cricket Club, with games in the Buckley Cup and league to contend with.

Belstone made a whirlwind start in the Buckley Cup T20 game at Spreyton, with Jack Barkwell hitting three sixes and a four in the first over before he was out next ball to the first of three catches for Chris Filor. The other opener Matt Dennis and No 4 Dan Fogerty (who also hit three sixes) both knocked up swift 25s before retiring under the rules of the competition, at which point a large score looked likely with the 50 coming up in the fifth over.

A late flurry from Mark Whiteside (17) and a returning Matt Dennis (31) took Belstone to what seemed a competitive 142 for 9 at the end of their 20 overs.

Weekend to forget for Wayfarers

Spreyton made the run chase look easy with some thunderous batting from six of the seven batsmen called upon. They also reached 50 in five overs thanks to six boundaries from Freddie Filor (27 retired) and then continued at a rate of almost ten an over with eight sixes and seven more boundaries shared between House (29 retired), Skinner (11), Will Cork (25 retired), Hancock (24 not out) and Griffith (20 not out), so that they reached their target with ease in just 14.5 overs.

Belstone bounced back from three consecutive Buckley Cup defeats with a closely fought two wicket win in a very entertaining high scoring match away against Okehampton.

Opener Ed Squire made a steady 25 for the home team while runs came apace at the other end thanks to Luke Mortimore (all but one of his 25 retired were in boundaries), Steve Sizmur (25 not out) and Rob Sandercock (18 not out).

Belstone were guilty of conceding 36 runs in wides (under the Buckley rules wides count as two runs but are not bowled again until the final over) which helped push the 20 over total up to a commanding 160 for seven.

Jack Barkwell and Jack Hatton put the visitors ahead of the run rate from the off with the score reaching 72 after just six overs as both retired on 25. Matt Dennis (17), Jamie Walker (20) and Chris Walpole (13) kept the momentum going and Okehampton gifted 27 wides back to Belstone, all of which meant that Barkwell (32 not out) could return at the end to score the winning runs with five balls to spare.

Belstone travelled to newly-promoted North Molton for the first encounter between the teams in seven years in Division One of the North Devon League. After the early loss of Dominic Ford for a duck the home side’s Guy Loosemoore and Rob Ayre added 65 for the second wicket before Loosemoore was caught and bowled for 39 during a double wicket maiden from Tom Pearce (8-1-38-2).

Ayre held the innings together until the 37th over when he was fifth out, clean bowled by returning opening bowler Ryan Dennis (8-3-23-2) for a fine 98, scored off 100 balls in 114 minutes and including 11 boundaries and four sixes.

The other opening bowler Matt Hodson (8-1-29-2) also returned for two tidy overs at the close which helped Belstone keep the score down to an average 182 for seven after the 40 overs. Belstone openers Phil Woods and Pete Randerson raced out of the blocks with Ayre going for 16 in his first over and Dan Bowley at the other end leaking five boundaries in his first six balls.

Randerson was caught behind by Tom Strickland off Bowley after just 14 minutes of the innings but he already made 22, Woods had made 21 and the total was 50. Woods continued to attack with all guns blazing, putting on 74 for the fourth wicket with Matt Dennis (20), and eventually reaching 85 not out with 14 fours and three sixes as the winning runs were scored with a mammoth 11.2 overs to spare.