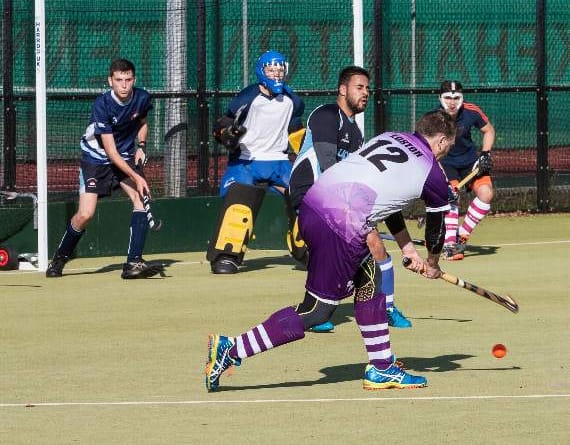 OKEHAMPTON men’s first hockey team travelled to Exeter University, in the hope for another victory to extend their undefeated start to the season.

Okehampton applied great pressure at the start of the game, and their defence of Ross Davidson, Rob Hall, Simon Bourne and Jaden Read were able to prevent any chances for the university side.

The keeper, Ebby Vallance, was rarely put under pressure in the first half, and had to make a few good clearances.

Okehampton soon had the breakaway, and after a good ball upfield Luke Miller nicely assisted Sam Whalley for his first goal into an open net.

The visitors went into the interval 1-0 up and the second half started well for them again; they won a short corner, to which Sam Whalley flicked sweetly into the goal. After going 2-0 up, Okehampton began to lose some of their class, and Exeter began to put the pressure on.

The Oke keeper Vallance was man of the match on his first team debut for a string of outstanding saves. The defence stayed solid and prevented more chances from going in, until five minutes before the end when Exeter found the net and caused a few nervous moments.

Being 2-1 up with three minutes to go, Okehampton saw the game out and the three points earned keeps them on top of the league.

This was a strong defensive effort by Oke mixed with the agility and skill of the midfield and attack.