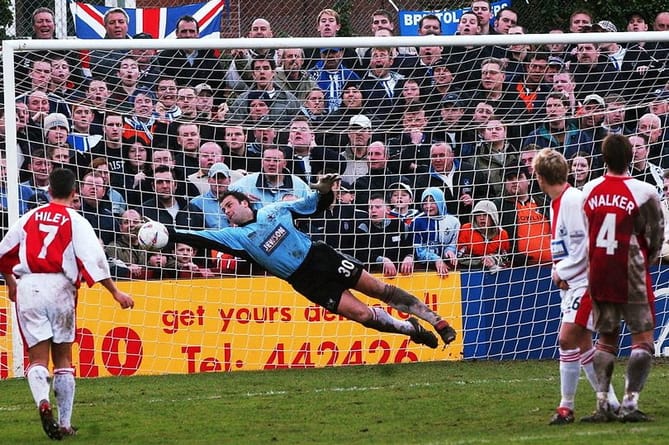 OKEHAMPTON Argyle have snapped up Exeter City legend Kevin Miller as their new manager for next season.

The former Devon and Exeter league outfit, who were promoted to the South West Peninsula League’s premier east division a season ago, said Miller had been picked up from several potential applicants for the post.

Falmouth-born Miller, now 53, was part of the Grecians side who won promotion from the old Fourth Division under ex-England defender Terry Cooper. Miller stayed at St James’ Park from 1989 to 1993 before following Cooper to Birmingham City, Crystal Palace, Barnsley and Bristol Rovers during an 18-year spell.

He finished his playing career with South West Peninsula League Bodmin Town before retiring at the age of 47 in 2015.

Okehampton chairman Stuart Cann, who described Miller’s appointment as ‘huge’, said the club went for another manager after their previous team bosses, who got them to an impressive third in the table, decided they preferred playing.

He said it had been tough to run the team with committee members and players. Earlier in the season, the club had released former Watford player Rob Calderhead as first-team manager after Argyle’s disappointing early-season performances.

Cann said: ‘We have actually had seven applicants for the job and we have selected Kevin Miller, an ex Exeter City goalkeeper who has over 200 Premiership appearances, so (he is) a huge capture for the club.

‘We are just trying to build his management team now, but it is a very exciting appointment with one of the biggest football names to come out of the South West.’