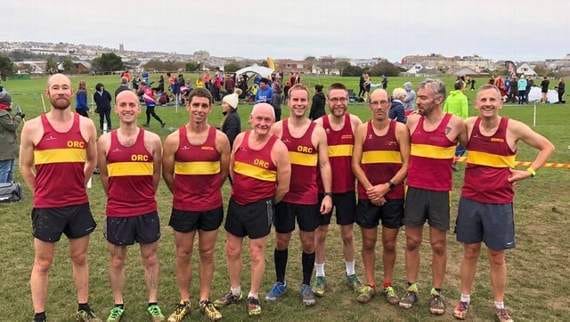 OKEHAMPTON Running Club was well represented at the second round of the Westward League Cross Country at Newquay on Sunday.

Blue skies and sunshine greeted the runners and despite the recent heavy rain the going was not as muddy as expected. A course change had cut out the section round some community allotments, adding another lap round a rugby pitch.

The juniors ran first where once again there were some newcomers to the series. Okehampton’s runner in the Under 11 girls was Kiera Spinney, while her brother Aiden finished between two new runners, Arthur Hicks and Stanley Hicks, in the U11 boys. Quincy Richards ran in the U13 boys with Mathew Richards and in the U15 boys T J Priday and Sam Priday. All the juniors ran well enjoying the competitive atmosphere of these races.

The men had not fielded a team at the first fixture but made up for it here with nine runners including two new members, Richard Davies and Joe Lane making promising debuts at the Westward League.

Junior runners Sam Priday, Mathew Richards, Quincy Richards and Harrison King ran for their school at the East Devon Cross Country Schools’ event. Sam and Mathew both came first in their age groups, making it likely that they will be picked to represent East Devon in the County Schools Championship, while Quincy came 24th and Harrison 18th.