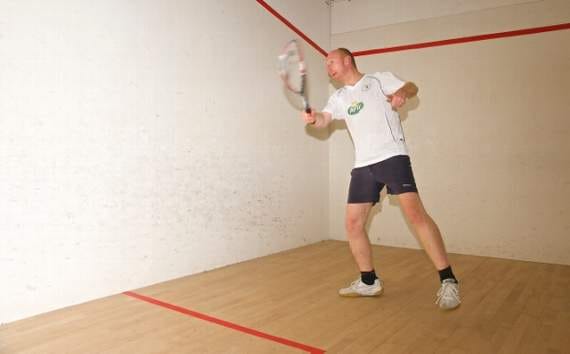 The University team were too strong and even though Okehampton battled away their younger opponents played a tight game.

The match started well for Oke when Dave Harwood came through the string five match 3-1. In the string four match Chris Elphick had a number of close games but his opponent’s ability to retrieve balls from the back of the court meant that he was able to keep the rallies alive and eventually won out 3-0.

At string three Stuart Lord, again, took some time to get into his match and, although he enjoyed a close final game, went down 0-3. At string two Shane Vallance was up against a strong hitting opponent and also went down 1-3.

Shawn Jones at string one was also up against a mobile and technical player and although he demonstrated his battling qualities he also went down 1-3.

Therefore it was a heavy 5-18 loss for Okehampton seconds.

This week both the first and second team are in action.