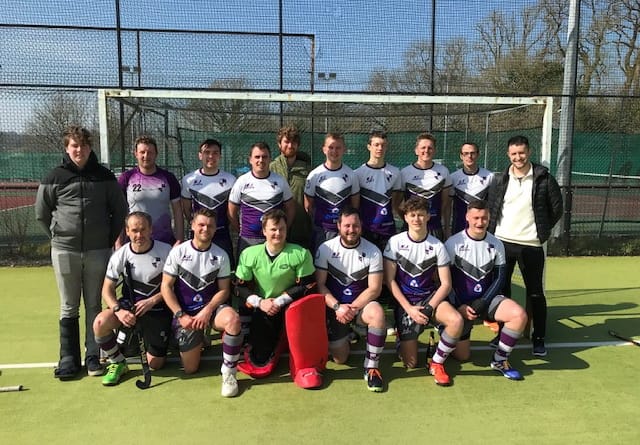 North had taken the points when the sides met earlier in the season, but a determined Okehampton side, led superbly by captain Luke Liversidge, were in no mood to miss out this time around.

Oke took an early lead when Miller seized on a rebound from a Maxa strike, and this was followed soon after by Maxa scoring one of his own.

North Devon pulled a goal back before Liversidge fired a penalty corner into the roof of the net to the delight of the home crowd.

Griffiths made the game safe with a crisp shot from the top of the circle and Oke controlled the tempo of the rest of the game to secure a comfortable home win.

The win secures the top spot in the league and will see the side promoted into the South Division One next season.

Next week the side will travel to play Isca Thirds while the second team, who beat Tavistock on Saturday, will play Falmouth in Okehampton starting at 12.15pm.