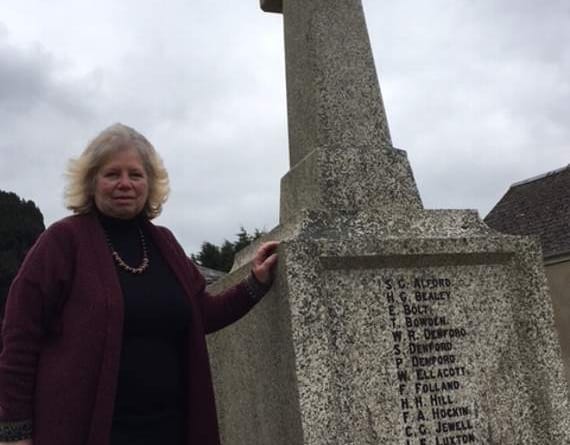 ON November 11 this year villages, towns and cities throughout the land will be marking the centenary of the end of the First World War.

The Great War, as it was called at the time, lasted from 1914 to 1918 and divided Europe. It was a struggle predominantly between Germany and the Austro-Hungarian Empire on one side and an alliance of Great Britain, France and Russia on the other. By the time it ended in November 1918, countries and peoples throughout the world had been sucked in and millions of soldiers and civilians killed or injured.

Such a catastrophic event touched the lives of almost every family in the land and the West Devon town of Hatherleigh and its surrounding villages was no exception.

To mark this most historic occasion there are a series of events planned based on the First World War and also a special book being collated by members of Hatherleigh History Society in partnership with Hatherleigh Primary School and other volunteers — which is provisionally named the ‘Hatherleigh WWI Project.’

One such volunteer is Monica Jones — a keen historian, with a love for her adopted town and its people — who describes herself as an ‘ancestor hunter.’

Monica first came to Hatherleigh in 2003 with husband Tony from Hampshire where they ran a pub. She was able to help the research of a local man in the village of Swanmore with contacts of men listed on the village war memorial when many family visitors would call in for lunch or a drink after ancestor hunting. She first became interested in genealogy in the 1980s when researching her own family history.

She, along with the contributions of many others, will be producing a book that takes a look at not just the soldiers of the time from Hatherleigh but also those, of all ages, who lived and worked in the town at the time to give a feel of what life was like then at such a turbulent and historical time.

Monica said: ‘I was helping the Hatherleigh Royal British Legion after the service and march on Remembrance Day 2013 and after a discussion with chairman Michael Whiteley, Rev Ruth Hansford and flag bearer Kate Burgess, I offered my services to research the names of the men listed on the war memorial. In January 2014 the first meeting was held at Hatherleigh School and members of the history society, British Legion, Rev Ruth Hansford and myself began making preparations for the commemorations for August 2014.

The Great War Exhibition held in August 2014 in the community centre was opened by Dorothy Ellis from Iddesleigh, the last surviving First World War widow. The exhibition had a huge following, many interesting WW1 items were loaned by local families and the day was followed by an evening concert which included music from the excellent Hatherleigh Silver Band, wartime songs from local singers and readings of poems written by war poets such as Siegfried Sassoon, Rupert Brooke, Robert Graves and Wilfred Owen, all rounded off by a resounding audience participation sing along.

The new book will also contain poems about the war by Hatherleigh Primary School pupils and intriguing letters ‘home’ written by the soldiers themselves from the frontline. There will also be letters written by local school children at the time to the soldiers to boost their morale.

The first ‘commemoration’ of the war in Hatherleigh was in 1919 when the Government permitted a bank holiday to remember. Of course, to many, the effects of the war were still raw so many people who had either taken part, were injured physically or mentally, or had lost loved ones - so it was more a ‘celebration of peace’ as such with games, presentations of medals and certificates to veteran soldiers, music by the town band and a march to the nearby moors with a bonfire lit and fireworks. Something celebrated by the whole town and across the social divide.

This commemoration book produced by the Hatherleigh volunteers will be launched in July 2019, 100 years after the first public holiday to remember the Great War. A special display of poppies made by the townsfolk will be laid on November 11 (exactly a century since the end of the First World War) and act as a poignant reminder of the sacrifice of those from the market town of Hatherleigh who gave their lives.

• If anyone has any further information about those named on the Hatherleigh Memorial please contact Monica Jones by email on [email protected]For more on the local soldiers who fell in battle, pick up your copy of this week's Times.