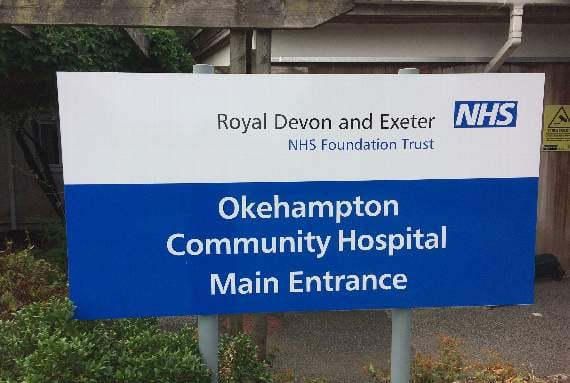 A COUNTY councillor is calling on the NHS body deciding the future of Devon’s community hospitals – including Okehampton – to give firm assurances that they will stay open.

Cllr Martin Shaw was speaking after county councillors voted to ask the NHS for a bigger say in saving the hospitals under threat.

They welcomed a statement from the Government suggesting that the era of ‘blindly closing community hospitals’ was over.

Cllr Shaw said: ‘This is an important change of direction by the council, which is now committed for the first time to work to retain all hospitals.

Ockment Centre in Okehampton to hold sessions for anxiety and depression

‘The Devon Clinical Commissioning Groups though, could end this controversy with a clear policy statement that all remaining hospitals will stay open and will be supported as health and well-being centres for our communities.’

His words come as a question mark continues to hang over the future of Okehampton Hospital.

The hospital, along with those in Seaton and Honiton in East Devon, lost its in-patient beds in the summer of last year, despite vocal protests from the community.

The maternity beds at the hospital were also ‘temporarily’ closed shortly afterwards, with a shortage of midwives blamed for the decision.

Clinics continue to be held at the hospital, including chemotherapy sessions provided by FORCE cancer charity.

However, the Northern, Western and Eastern Devon Clinical Commissioning Group (NEW Devon CCG) has so-far remained silent on the long-term future of the hospital.

For the full story read this week’s Okehampton Times.