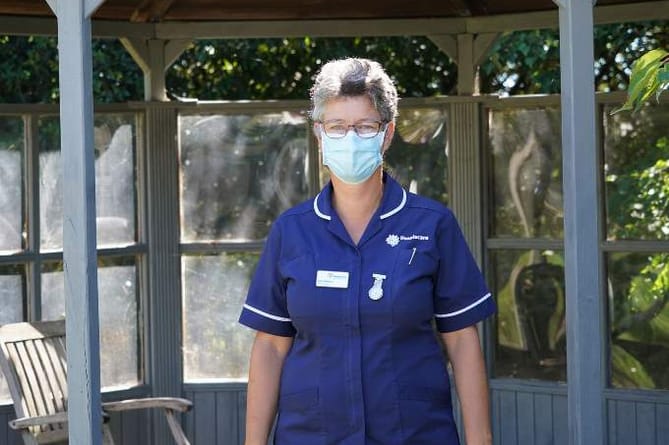 THE hospice serving the Okehampton area has launched an urgent push to raise the last £300,000 of its £1 million appeal to avoid drastic cuts.

After losing vital income due to a lack of fundraising during the pandemic, charity Hospiscare was forced to launch a £1 million appeal last November.

It is facing closing beds on its specialist ward in Exeter and reducing its weekend nursing services in the community.

With just 18% of its funding coming from the NHS, Hospiscare relies on the fundraising support of the community to provide specialist end-of-life care at no cost to its patients and families.

Having remained open throughout the pandemic, Hospiscare is still delivering care to some of the most vulnerable people in the local community, but it costs £22,794 every day just to keep its vital services going.

Hospiscare has reached the final month of its emergency appeal and with just weeks left to go, over £700,000 has been raised thanks to the generosity and support of its local community, but still has £300,00 to find to avoid cuts in services.

Without this final fundraising push, the hospice will be forced to cut its beds and services, resulting in turning away over 140 patients per year and losing weekend support for nearly 2,000 patients.

Hospiscare ward manager Julie Wakley made a final plea to people in the community for help.

She said: ’I’ve been a Hospiscare nurse for 19 years and throughout the pandemic, I have worked on the front line managing the hospice’s specialist ward. The impact of closing four beds on our ward would dramatically affect the people of Exeter, Mid and East Devon.

’We currently admit patients seven days a week, 24 hours a day to support them and their families at a crucial time as they near the end of life. Hospiscare was built by the local community, for the local community and, in its 40th anniversary year, the hospice needs the support of the community more than ever before.’ Visit www.hospiscare.co.uk/sos or call 01392 688020.