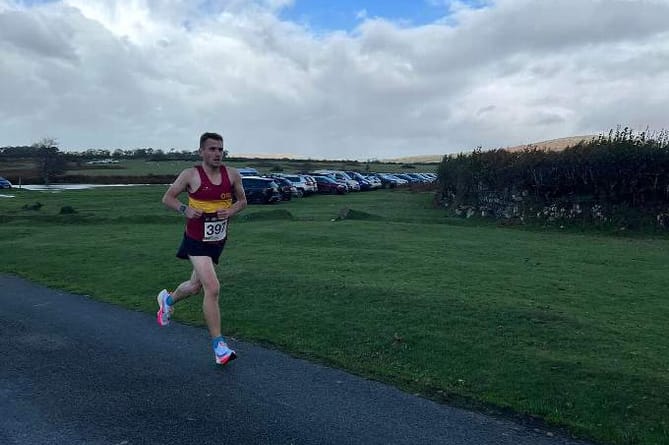 The race is on its third course since it was started in the late 1980s. It is now held on Dartmoor, on an undulating, but fantastically scenic course. It starts at Plasterdown on the western edge of Dartmoor and goes past Pew Tor and the hamlet of Sampford Spiney on its seven-mile route.

Continuing his brilliant season, first home for ORC, and seventh overall, was Hayden Bond in a time of 41:47.

Hayden was closely followed by Rob Kelly who had an amazing race, picking up not just the trophy for first male in the M40 class, but also achieving a new ORC M40 club record of 43:10.

He said it was ‘a great race in a stunning setting - highly recommended if you’ve never done it!’

Not to be outdone, Paul Evison took the trophy for first M65 in 56:18 – what a result for the ORC men! Well done to them and to Ged Fitzgibbon and Tom Andrew who also completed the race.