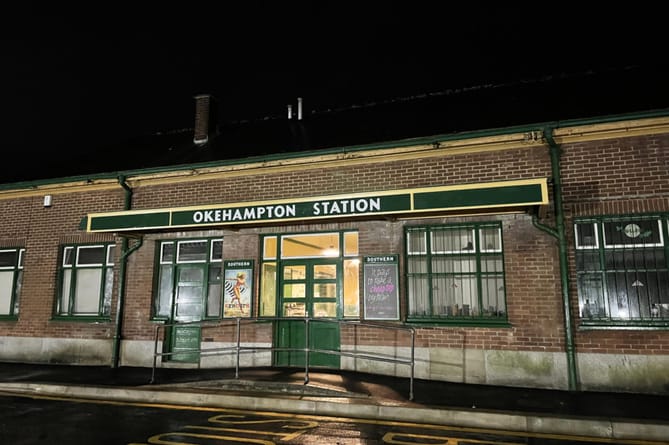 OKEHAMPTON Station will be spruced up with new signage ahead of the opening of all the station’s heritage facilities in early summer.

The Railway Heritage Trust has granted £15,700 towards a total signage budget of just under £50,000.

The money will pay for replica Southern Railway signs and the work will be carried out by Parc Signs of St Austell who did similar work at the station in the 1990s when it underwent a big refurbishment.

The aspiration for everyone involved in the station, where a passenger service to Exeter was reintroduced in November, is to have it looking like it did in its heyday of 1959.

The South Railway signage at that time had been there since the 1930s.

Richard Burningham of the Devon and Cornwall Rail Partnership said: ’GWR have funded all the modern signs which you need with an operational station but these have been carefully melded with the heritage signs.

’It would have been very easy for them to come along and say everything had to be modern but they haven’t done that and this has been greatly appreciated by the Dartmoor Railway Association. We have the best of both the styles.’

The work is expected to be completed in early summer which is when the cafe, ticket office, Dartmoor Information Centre, heritage waiting room and Dartmoor Railway Association shop will open.

Mr Burningham said: ’It will be like stepping back in time.’