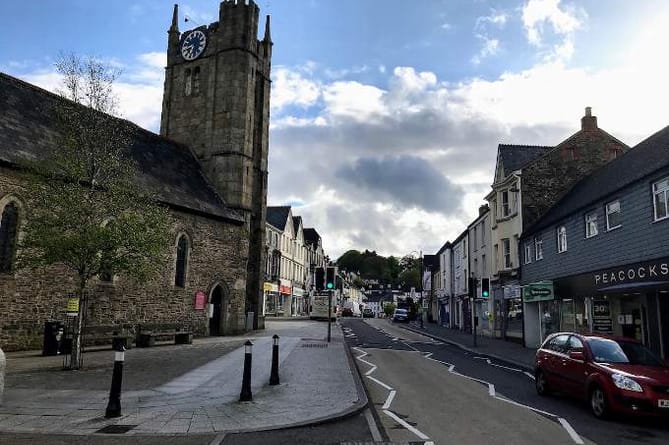 Okehampton Town Councillors have risen to the challenge to promote Okehampton as a desirable tourist destination in preparation for the increased rail service to the town in May this year.

Following a presentation by Bruce Thompson, technical and business advisor to OkeRail, which was instrumental in getting the railway reinstated in the town, councillors agreed that more needs to be done to advertise Okehampton’s attractions and put the town on the map.

Mr Thompson said: ‘It’s over to the community to take the next step. To sustain railway usage we want to make people come to Okehampton rather than go from Okehampton.

‘There’s a lot to improve. We live in Okehampton so we know what the town has to offer but people getting off the trains need information about attractions. There are a lot of things on that list that visitors don’t know about.’

Mr Thompson proposed several opportunities for improvement including new signage in a similar style to the fingerposts in Exeter and an erecting an easily accessibly town map which would include information about local attractions such as those in Teignmouth.

He added: ‘Giving information about the town will be really beneficial. It’s about promoting what we have and not what the town isn’t.’

Mr Thompson urged councillors to address the problem before the new hourly service to Okehampton begins on May 22 and with the hope of opening a second railway station in the town.

Cllr Tony Leech described Mr Thompson’s presentation as ‘spot on’ and said that the town council needed to address the problem.

In response to the presentation, councillors agreed that the addition of new fingerposts which would also provide walking time information would help improve the promotion of town sites and voted to investigate the proposal in greater detail.

The ongoing issue of a lack of cafes and restaurants available to visitors later in the afternoon was raised as well as it was feared that this would deter visitors from coming to the town. Some councillors suggested that cafes should work together and take turns to ensure at least one coffee shop was always open.

However, Mr Thompson’s suggestions were met with some resistance.

Cllr Jan Goffey argued many people were already aware of Okehampton’s attractions and that OkeRail had already started working on ways to promote the town’s points of interest.

She said: ‘I agree that we need to publicise the town more but I think we are already working towards this.’

She also raised the issue of a lack of funding for such expansive advertising. She argued that Okehampton’s population was half the size of Teignmouth’s and therefore had fewer resources to spend.

Instead she said that OkeRail’s focus was instead on gaining successful funding for the building of the proposed Okehampton Parkway station, which she described as a ‘priority’ and wanted the new station to be ‘more than a hope.’

Mr Thompson’s presentation comes after railway visitors to the town complained that all the town’s cafes opened late and closed early.

Councillors have pushed cafe owners to consider opening earlier and closing later to resolve the situation but some have spoken out saying that despite being aware of the issue they could not afford to open longer hours.

Since the reopening of Okehampton’s railway in November last year there have been louder calls to reopen the main railway line across Dartmoor after an announcement that the line between Plymouth and London would be closed four nights a week for almost two months.

The Night Riviera was closed on January 24 and will not resume full service until March 18 as part of the work carried out between Dawlish and Holcombe to construct as 209m rockfall shelter extension north of Parsons Tunnel in Devon.

The Dartmoor Line won the ‘Best Communications’ category at the national Community Rail Awards in December for its work in informing people about the re-opening of the Exeter to Okehampton rail service, which included providing detailed travel information and behind-the-scenes footage.