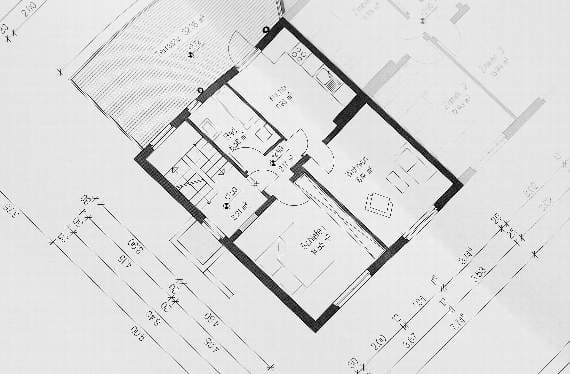 THE long-running saga over the fate of derelict buidings at the Old Mill in Okehampton has continued with the charity which owns the site putting in a fresh request to demolish the buildings on site.

Simon Essex from the Okehampton Skills and Sports Trust last week withdrew an application for planning permission to demolish the unstable gable end of the buildings.

He has now put in a replacement application for a Certificate of Lawfulness, asking the council to confirm he can go ahead with knocking down the unsafe buildings by relying on planning consent from 2001.

The Grade II listed chimney, which is protected, would remain.

This latest application, 2016/22/CLP, claims that permission was granted back in 2001 when West Devon Borough Council owned the site.

Mr Essex says permission was given for five buildings to be knocked down at that time, but in the event only two were demolished.

He is now asking the council if he can rely on that permission to finish the job.

At the current time, a footpath running alongside the Old Mill site, giving a traffic-free route into town for pupils at Okehampton College, has been closed due to fears that the gable is unstable and could collaspe.

Back in April, an earlier application from Mr Essex for all the buildings on the site bar the Grade II-listed chimney, was turned down by West Devon Borough Council, which asked for more detail on what the site would be used for in future.

In other planning news, an application has been submitted to demolish a barn and build a new house and new barn in its place on woodland between Sheepwash and Highampton.The application, 1582/22/FUL, refers to a site at Bridgeside Farm, south of Herricks Mill.

A statement prepared by Stags Planning Services for applicants Mr and Mrs Gay said that the land the application refers to is now a separate smallholding.

The applicants now wants to build a three-bedroom home and a barn to serve as part of that smallholding. While they could convert the existing barn with a special permission called Class Q, the applicants are arguing that the newbuild would result in ‘clear sustainability benefits in terms of materials used and the energy performance of the new build designs’.

Meanwhile, in Buckland Monachorum, householders have applied for permission for change of use for an annexe and a holiday let at the Old Orchard House, App 1566/22/FUL. The proposal is to allow a carer for one of the applicants to live on the site alongside holiday accommodation.