Thousands of pounds for museum 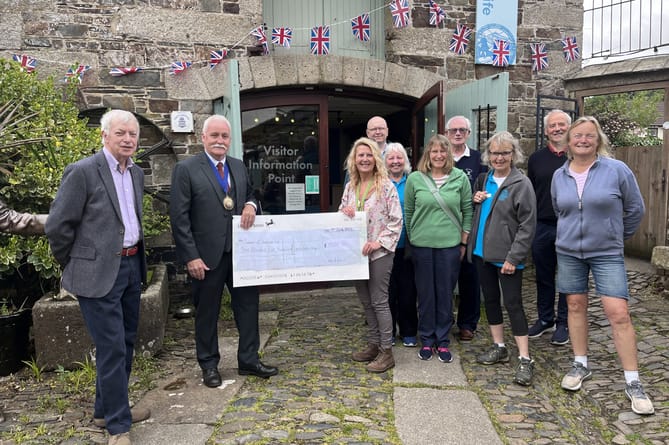 Okehampton Town Council presented the Museum of Dartmoor Life with a cheque for £3,500 last week (June 9) as the museum feels the effect of rising prices.

The museum expressed its thanks for the money which it said would help with rising maintenance costs for the building and artefacts.

Chairman of the museum’s trustees, Richard Jennings, said: ‘We are really really grateful to the town council. We are very fortunate that we managed to keep out head above the water these past years. But the worry now is that we’ve got increased energy bills, that’s going to affect our operational income.

‘We have to have the heating on during the winter otherwise the building gets damp and starts to deteriorate and we need to maintain the collection. We do charge and we review our charges each year, but people have only got a limited amount of money to spend - you don’t want to put people off and make it cost negative.’

Mr Jennings said that the money would help the museum renew the building’s insulation and added that he was also particularly grateful to the museum’s volunteers without whom the museum would not be able to remain open.

The museum has also put in bids for other grants, including the National Lottery Heritage Fund and a government-run grant which is open to all museums across the country.

So far, it has received a sum from the Royal Society to put together an exhibition about the Dartmoor dyeing industry which will open next year.