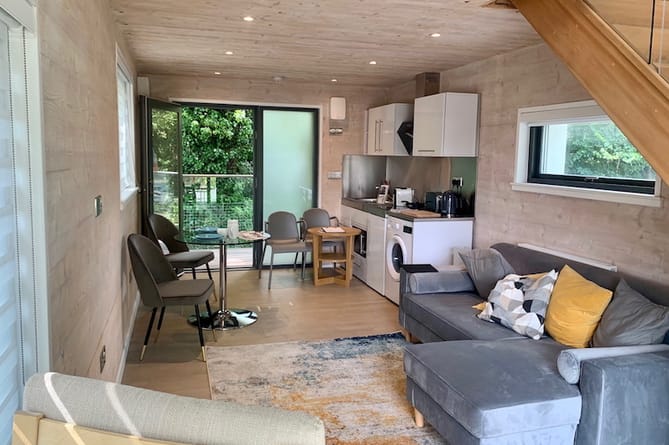 COUNCIL chiefs are considering prefabricated homes as part of their campaign to solve a growing housing crisis in West Devon, it has emerged.

West Devon Borough councillors declared a housing crisis last month after being told that the number of rented properties in the area had dropped through the floor following the Covid pandemic.

At one stage there were no rented properties at all available in either Tavistock or Okehampton.

Now borough councillors are examining whether factory-built, high spec ‘modular’ homes which can be placed where they can be connected to water, gas and electricity might be at least part of the answer after neighbouring authorities elected to go down the same route. West Devon councillors are considering a raft of actions which include lobbying the Government.

West Devon leader Cllr Neil Jory confirmed that the provision of modular homes was one idea which was being considered.

He said: ‘Mid Devon District Council are looking at what are called Zed Pods, which are built in a factory in York and they are made of concrete, so they are pretty solid.’

Cllr Jory said the modular homes would be built to the highest specifications possible and some could be placed on the car park at West Devon Borough Council’s Kilworthy Park headquarters in Tavistock for evaluation.

He added: ‘We went to see one example and what we are talking about is a one-bedroom starter home which are two stories high. They are relatively small but are completely adequate and a built to a good quality. You can find a site with a car park, like at Kilworthy Park and then put in a few bolts and they are up.’

Mid Devon District Council is planning to build the homes in Cullompton and Tiverton. The authority said last year they were undergoing a feasibility study and planned to build 14 units between the two prospective sites.

The houses will be built on land currently occupied by garages and car parking and will be completed with triple glazing and solar panels, with both projects being carbon neutral making this one of the first social housing projects of this type within the UK.

Cllr Jory said the modular homes could be aimed at key workers who needed somewhere to live in West Devon, but were unable to take up vital jobs such as nursing or in schools because of the borough’s lack of accommodation.

Councillors have expressed fears that the loss of potential key workers to the area because of the lack of accommodation could harm the borough’s chances of successfully recovering from the financial impact of the Covid-19 pandemic.

The borough’s housing crisis has been partly blamed on people who had sold expensive properties in cities and moved to a rural area to work from home. But Cllr Jory said those people were also benefiting the local community by bringing an income into the area.

He added: ‘They (modular homes) are just one of the things we need to address. The lack of accommodation is not something we are going to solve overnight, but I am really keen to do whatever we can do to help.’

In a report to West Devon’s hub committee, members heard one of the council’s actions could be to ‘actively seek opportunities to invest in council-owned social housing with high sustainability specification (including modular housing) to support those on low incomes who are unable to afford ‘affordable’ rented housing.’