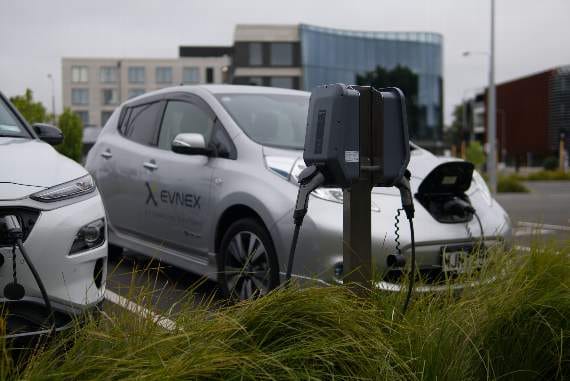 THE borough council will meet next week to decide whether to install a public access electric dual charge point for people in Bere Alston.

This comes as work installing EV charging points in borough council car parks in Tavistock, Okehampton, Chagford and Hatherleigh is revealed to be starting later in the autumn.

West Devon Borough Council’s Hub Committee will be discussing applying for funding through the Devon and Torbay Residential Chargepoint Scheme on Tuesday next week.

This scheme will allow the council to bid for grant funding to install a dual electric car charging point at Pilgrims Drive car park in Bere Alston.

This location meets the eligibility criteria for the scheme being near a residential area which lacks off-street parking. It would allow residents to charge their vehicle at any time of the day or night.

If agreed, it is hoped the charging points will be installed next year.

Two spaces in this car park will then be leased to the charge point supplier and dedicated for use only by electric cars being charged.

The scheme is in addition to what has already been agreed under the Deletti Project.

Through this project, EV charging points will be installed in borough council car parks at Tavistock, Okehampton, Chagford and Hatherleigh.

Cllr Lynn Daniel, West Devon Borough Council’s lead member for climate change, said: ‘We know we need to take positive action right now to tackle climate change. While many local people may be keen to switch to an electric vehicle, in some cases this is currently impractical as there are not enough public charge points. Having places to charge electric vehicles is also vital so we can continue to welcome visitors who come to enjoy our towns and countryside.

‘I’m mindful that what we are discussing is just one additional dual charging point. However, it is one step closer towards achieving our ambitious climate change goals.’

‘If approved, the Bere Alston scheme will be a welcome addition with the Deletti Project, which our officers have been working on over the last year to bring EV charging points to the main WDBC car parks in our towns.

‘It is hoped that installation of these will begin later in the autumn and I apologise for any disruption which might be caused to car park users while these works are carried out.’