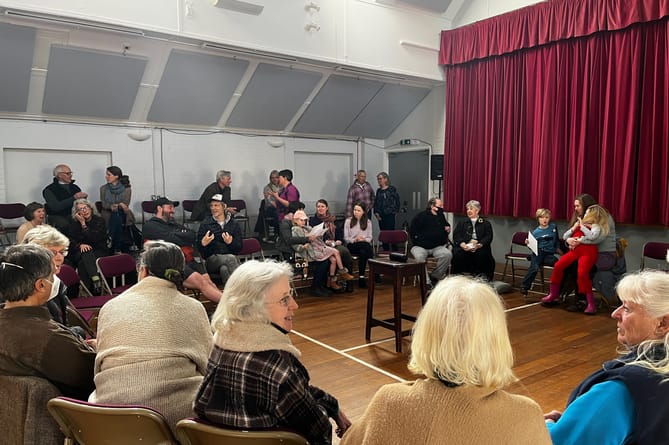 Chagford Parish Council held a consultation day at the village’s Jubilee Hall on Saturday (March 19) to hear residents’ thoughts on their local environment.

Following the council’s decision to declare a climate emergency, a working group set up by the council organised  the day for resident’s to put forward their loves, fears and suggestions on how to protect the environment going forward.

Cllr Jill Millar, who helped organise the event, said: ‘It was a really good turn out. I’m just struck by how much everyone cares.

Dartmor National Park plans to be net zero by 2025

The event was attended by young and old and included tea and cake, a panel discussion and audio recording of members of the Chagford community explaining why the environment was important to them, which ‘went down really well,’ added Cllr Millar.

Residents raised concerns over food security, biodiversity and the lack of opportunities for younger people in a rural area during the panel discussion, which was hosted by Reverend Paul Seaton-Burn from Chagford’s church, St Michael the Archangel.

Suggestions for protecting the environment in the future ranged from using a horse and cart, planting more bracken, and growing your own fruit and vegetables.

The consultation comes as governments across the world work towards reducing the impact of climate change on the natural environment.

Last year, governments across met in Edinburgh at COP26 to discuss climate change.