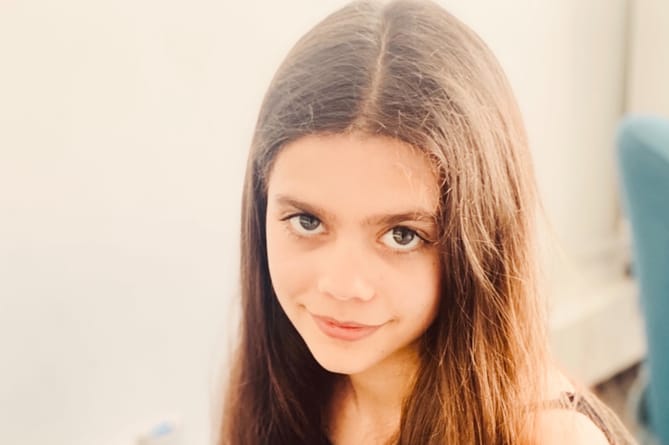 STAR of the future Holly Wilson has reached the final of a major music competition – after learning how to play the piano during lockdown.

The astonishing 13-year-old is her way to London to perform a song she wrote herself in front of a live audience and judges such as Tom Odell and Tom Grennan, plus songwriters who have worked with Ed Sheeran, Adele and Liam Gallagher.

The Tavistock College pupil, who lives in Milton Abbot with parents Lucy and Steve, has come a long way since the Covid-19 lockdown of two years ago, when she got bored and decided to learn the piano as a diversion. Things started to happen when her mum secretly sent recordings of her music to the competition’s organisers.

Fast forward 24 months and Holly, who wrote her song FOMO – or ‘Fear of Missing Out’ – when she was 12, has reached the top ten finalists in her age group in the ‘Song Academy Young Songwriter 2022 competition, to be held in Notting Hill, London next month.

The music and drama enthusiast said: ‘I’m not expecting to win, because I’m just thrilled to reach the final and it’s all about the experience, but I just want to have that chance.

‘Obviously, it’s absolutely amazing to get through this far. I hardly believe it, although I always wanted my music to progress. This really rewards the hard work I’ve put into it.’

She added: ‘I learned how to play the piano during the first lockdown. We had been out for a walk and somebody, I think my dad, suggested I should have a try at it, because he plays the piano and I’ve always enjoyed singing with him. I must admit I was bored because of the lockdown and I found it pretty easy actually.

‘I started to write tunes and fitting songs to them and my mum secretly entered them in the competition and didn’t tell me in case I didn’t get very far, then one day I came home from school and they told me I’d got into the top 30. I didn’t expect to get that far and to get into the final ten is amazing.’

Holly’s music from the final will be part of an album which will be aired on Amazing Radio and dad Steve said: ‘Whether she wins or not, it is such a wonderful achievement and validation of her hard work and talent.’

Right, Holly at the keyboard – learning piano during lockdown has led to big things.