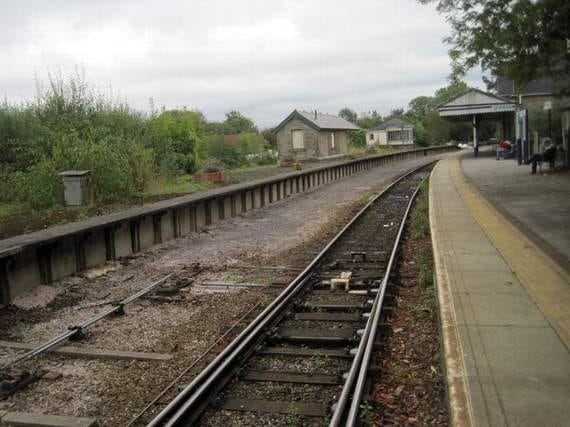 PLANS to reopen the Bere Alston to Tavistock rail line have been given a boost after the Government launched a fund to help restore historic railway lines closed in the 1960s.

The line closed in 1968 as part of the Beeching Axe, but the Government announced last week a £500-million ‘Beeching Railway Fund’ to allow feasibility studies of routes that could be restored.

Devon County Council (DCC) has declared its intention to put the Tavistock to Bere Alston line forward for funding.

Richard Burningham, manager at Devon and Cornwall Rail Partnership, said the announcement of the fund was positive news: ‘I am particularly pleased to see the fund is to develop proposals, rather than £500-million for the reopening of rail lines, as £500-million won’t go that far and you won’t get much railway for it. This should go a long way to work up some strong proposals.

‘The reopening of the Tavistock line is the big one. DCC now has ownership of 90 per cent of the track and this can help advance the proposals and help with the extra money needed to get it open and rebuilt.’

The costs of reopening the line have risen to around £100-million and the station and track was set to be funded by development planned for Tavistock, but DCC’s recent ‘A386 Tavistock to Plymouth Corridor Study’ concluded reinstating the rail link from Tavistock to Bere Alston was not viable at this time.

However, DCC cabinet member for infrastructure and development Cllr Andrea Davis said the council was ‘committed to rail in Devon’ and confirmed that the Tavistock line would be put forward for funding.

Mr Burningham added: ‘It would be great to get Tavistock back. The amount of traffic is increasing and nothing can be done about the A386, so having a railway back would be great news.

‘This fund, if successful, will help get the proposals to the next stage. It will need the Governemnt to help fund it eventually, but this could mean we get to a position where government will say either yes or no.’

Another line that could be set to reopen is the Exeter to Okehampton branch, but Mr Burningham said he wasn’t expecting the new fund to be needed to help reopen it.

In 2017 Chris Grayling, the then transport secretary, gave his backing to bringing back regular services on the Okehampton-Exeter line and it is expected that as part of GWR’s renewal of its franchise, which takes place later this year, regular services between Exeter and Okehampton will be a part of it.

GWR said last week: ‘We recognise the present feeling and local aspirations around the future of the regular weekday rail services to Okehampton, which was the most sought-after additional route in the most recent Great Western franchise consultation.’

Since the announcement, the Devon branch of the Campaign to Protect Rural England (CPRE Devon) has renewed its call for a full daily service to be reinstated on the Okehampton to Exeter Line.

CPRE Devon director Penny Mills said: ‘The rail line wasn’t cut by Beeching and doesn’t need to be restored. All it needs is a decision to put the track and stations back into regular use. Thousands of new houses are being built in Okehampton and nearby towns, so why aren’t we providing commuter services by rail instead of forcing people to travel by car to an already congested city?

‘The Okehampton-Exeter line has been talked about for 20 years. It’s time for action.’