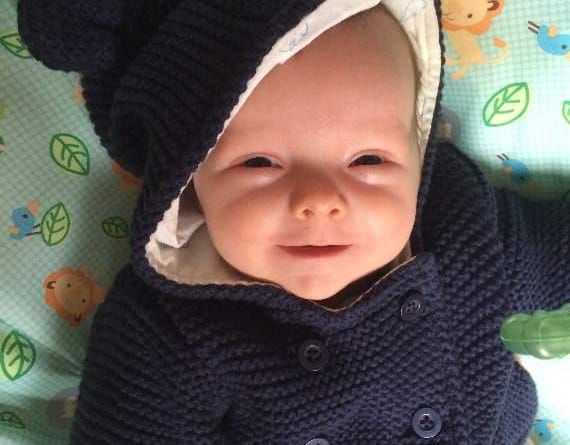 The walk is in memory of baby Leo.

A WALK in Sticklepath on Saturday (February 15) will honour the memory of a baby boy who would have turned two this week.

Alice and Rory Thompson are organising the event in memory of their second son Leo, pictured right, who died in April 2018 at the age of just eight weeks.

Leo was airlifted to hospital in Exeter after collapsing at the family home in the village, before being transferred to the Noah’s Ark Children’s Hospital in Cardiff. There, tests sadly revealed that Leo had a rare condition known as acute appendicitis from which he would not recover. He died a few days later.

Mum Alice said: ‘We are doing this walk to commemorate Leo’s birthday, which is February 13, and also because we want to raise some money for the charities that have helped us since that awful time. I’ve been planning it since Leo’s birthday last year because I felt that it would be nice to have something to focus on. It is going to be quite a big deal, we’re expecting 100 people.’

All are welcome to come along to Sticklepath Village Hall at 10am to join one of two routes; one along the River Taw and another more challenging one to Belstone.

Afterwards there will be refreshments and a raffle with generous donated prizes at the Taw River Inn.

All those taking part are asked to donate at uk.virginmoneygiving.com/SomeoneSpecial/LeoThompson.

The money raised will go to the Devon Air Ambulance Trust, the Noah’s Ark Children’s Hospital Charity, the Ronald MacDonald House Charities, which provided a place to stay near the hospital, and bereavement charity 2Wish Upon a Star.